All-Electric Chevy EV Is On Its Way

In a conference with select media and stakeholders yesterday, GM’s North America President, Mark Reuss, let us in on a fair amount of secrets about the future of GM’s product line. For instance, Reuss reported that the Cadillac CT6 will offer a plug-in hybrid variant, and that Cadillac as a whole would put out four new models next year. But the news wasn’t all about Cadillac; Reuss also announced that we’ll be getting an all-electric Chevy EV, and soon. 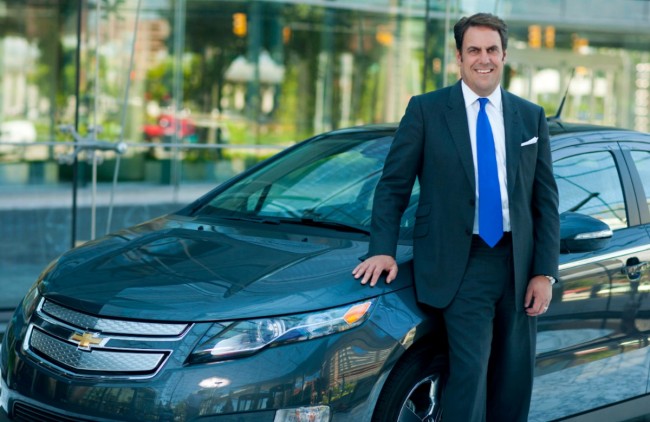 Mark Reuss says an all-electric Chevy EV is in the works.
©GM

Unfortunately, he gave very few other details. He did confirm that the all-electric Chevy EV will retail for about $30,000 and will boast at least 200 miles of range. The Detroit Free Press is also reporting that this EV will not make use of the Voltec powertrain, which is used to power the Chevy Volt and Cadillac ELR, which are only semi-electric. Instead, the new model will be 100% electric.

Back in July, we learned that there was likely a Sonic EV in the works, and that it would get about 200 miles per charge. Coincidence? Probably not.

But there is no guarantee that this new model will be the Sonic EV. Chevy also recently trademarked the term “Chevrolet Bolt.” Bolt most definitely sounds like an electric vehicle and is strikingly similar to the Chevrolet Volt.

So what will the car be called, and what other stats will it boast? Only time will tell. Let’s hope GM puts out that info lightning quick.