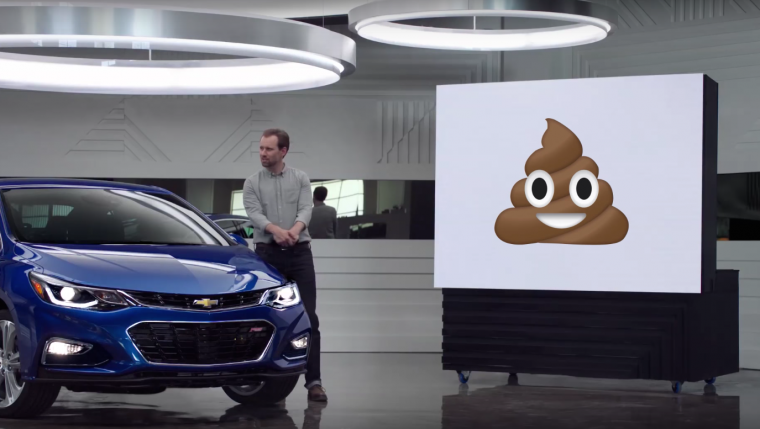 My disdain for Chevrolet’s “Real People, Not Actors” commercials is well documented. Still, me simply flying into an apoplectic rage every time that I see a certain thing on television is not going to do anything to stop that certain thing from continuing to appear on television (a fact which I’m going to have to keep reminding myself of at noon today, and then over and over again for the next four to eight years).

But even though I have to grudgingly accept the fact that Chevy is probably going to keep on airing these obnoxious ads for a long, long time, I can still take some solace in the parodies of these commercials.

For example, I’m a big fan of the flash animation video that mocked Chevy’s Malibu ad. And I’ve also fallen in love with this live-action parody, in which a no-nonsense guy with a thick Boston accent somehow finds his way into one of the aforementioned “Real People, Not Actors” focus groups, and begins sharing his real, unfiltered opinions.

Check it out (but be aware, this man’s critiques of the Chevy Cruze contains some NSFW language):

Chevy 101: The long and storied history of Chevrolet

I’ve noted before that Chevy’s “Real People, Not Actors” ads actually often do contain actors, and that this specific emoji-themed ad for the Cruze makes me want to rip my own eyes out like Sam Neill in Event Horizon. So watching this excellent satire of the commercial is very… therapeutic.

The video, which shot to the front page of Reddit yesterday, was made by YouTube user Zebra Corner, who previously parodied a similarly obnoxious Deal Dash ad:

He also has a pretty funny bit about Milo and Otis on his channel, but the Chevy ad is his real masterpiece.