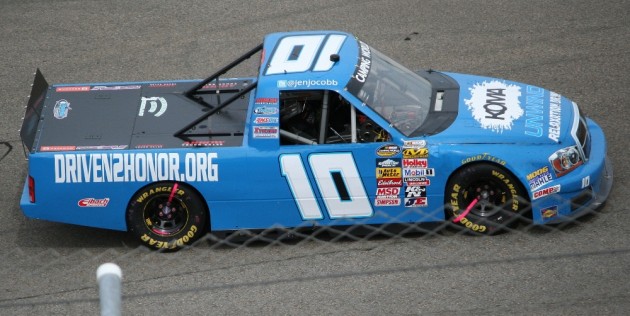 NASCAR driver Jennifer Jo Cobb may want to switch phone providers, after receiving a total of $7,500 in fines for taking her iPhone inside her racing vehicle.

The 42-year-old Cobb competes in the NASCAR Camping World Truck Series and was caught–on camera–removing an iPhone from her No. 10 Chevrolet racing truck, which was crashed in Saturday’s practice at Canadian Tire Motorsport Park. 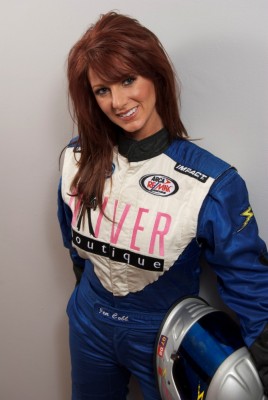 NASCAR made a rule prohibiting drivers from taking phones inside their vehicles in 2012, after Sprint Cup Series driver Brad Keselowski tweeted pictures from inside his racecar during the 2012 Daytona 500.

Cobb was fined $5,000 by NASCAR for breaking its phone rule, and she was fined an additional $2,500 because she was already on probation with the motorsports powerhouse because she walked onto a hot track during competition at Dover International Speedway back in May.

NASCAR made cell phones illegal because it is a non-engine electronic component that is capable of sending and downloading data. NASCAR only permits communication through an analog radio system that anyone with a scanner can hear.

The driver of the No. 10 Chevrolet racing truck, sponsored by Driven2Honor.org, was also placed on probation through the end of this season and received a P3 penalty, which is the fourth worst in NASCAR’s six-point penalty scale.

It doesn’t appear NASCAR will be following the auto industry trend of incorporating Android Auto or Apple CarPlay into their racing vehicles, at least not anytime soon.