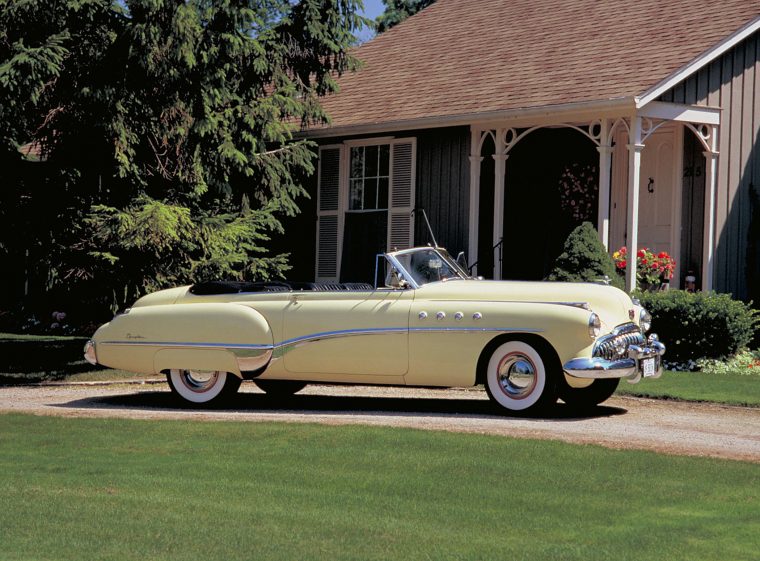 Move over, Christine; there’s a new haunted car in town

One of Stephen King’s most famous, yet bizarre, novels is Christine. This 1983 King classic features a vintage Plymouth Fury that comes alive and terrorizes a town full of teenagers.

However, Christine isn’t King’s only story about a supernatural automobile. In 2002, the author published From a Buick 8, which featured a malevolent 1954 Buick Roadmaster rather than a Plymouth.

It would appear that From a Buick 8 will be the next Stephen King story to receive the cinematic treatment, as Hyde Park Entertainment announced it’s working on a movie based on the novel.

Buicks on the Big Screen: Famous Buicks in movies

Surprisingly, From a Buick 8 does not take place in Maine, but rather in Pennsylvania. The small, rural town of Stalter featured in the novel is haunted by the aforementioned Buick, which local police had kept hidden away for years.

William Brent Bell is set to both direct the film and write its script. Bell’s library of work includes The Devil Inside and The Boy.

Make Your Movie-Going Experience Enjoyable: What to bring to the drive-in theater

From a Buick 8 will be the latest in a recent lineup of films based on Stephen King’s works. The success of last year’s smash hit It has led to studios ordering movies like next year’s Pet Sematary.

Christine received the cinematic treatment back in 1983. The movie adaptation of the novel was directed by John Carpenter and featured performances from Keith Gordon, John Stockwell, and Alexandra Paul.

Currently, there’s no word on when From a Buick 8 is set to be released. Still, if Hyde Park Entertainment wants to capitalize on the popularity of Stephen King adaptations, it will likely arrive at movie theaters very soon.