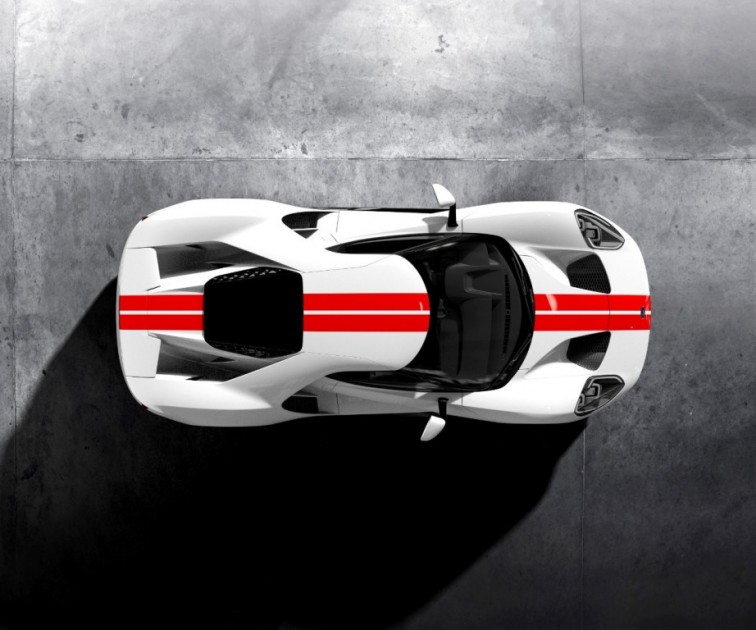 Tesla Motors employed a unique marketing tactic recently by asking customers to deposit $1,000 to reserve its new Model 3 sedan, but Ford has taken things to the next level by requiring customers to fill out an application just so they might be allowed to buy the new Ford GT supercar.

Fun Facts: Find out where Ford ranks of the list of the largest family owned companies in the world

Those consumers who are interested in purchasing the upcoming American supercar need to visit FordGT.com to fill out their application. Ford has made is clear that simply filling out an application does not actually reserve a GT, but it does mean applicants will at least be considered for potential ownership. The deadline to submit an online application is May 12th.

An online configurator is also available for the GT supercar, which allows GT fans to build their own virtual supercar by choosing between different color options, wheel designs, and interior treatments. There will be eight unique color options and another seven color options for its stripe.

Ford will only be producing 500 retail production models of the Ford GT, with 250 becoming available this year and 250 the next. It has been rumored only 100 Ford GTs have been allocated to the United States for each of the next two years.

The starting MSRP of the new GT still hasn’t been announced, but a Ford press release did reveal the price range will be in the mid-$400,000s.

The Ford GT supercar will be powered by a 3.5-liter EcoBoost V6 engine good for more than 600 horsepower. In addition, this US supercar comes in rear-wheel drive and its powerful motor will be paired with a seven-speed dual-clutch transmission.

For applicants who are accepted, Ford’s concierge service will work with them during the ordering and building stages of their new GT. Ford will reportedly favor applicants who have owned Ford vehicles in the past, and the company is looking for owners it projects would actually drive and appreciate the vehicle.

The first of the new Ford GTs is expected to become available by the conclusion of 2016.

Helpful Hints: Use these tips to help remove scratches from your vehicle