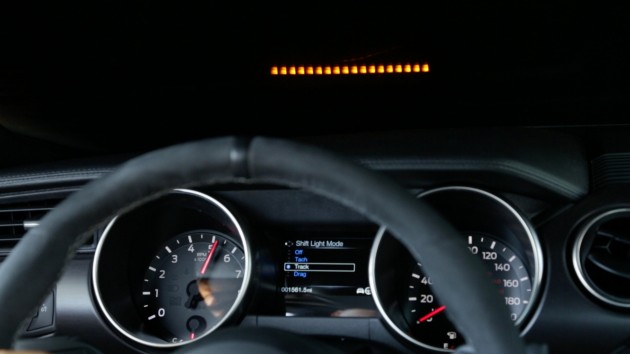 Ford is taking every precaution to ensure that the new Shelby GT350 and Shelby GT350R Mustangs are the most track-oriented performance cars on the market when they drop later this year. The latest aspect to contribute to this cause is a HUD shift light indicator that will help drivers stay better focused on the road ahead while simultaneously streamlining track times.

The Performance Shift Light Indicator is a HUD located directly in front of the driver in the form of a bar of LED lights. The lights’ behavior is customizable, as are desired shift points. The indicator will come with three different pre-set modes: Tach, Track, and Drag. 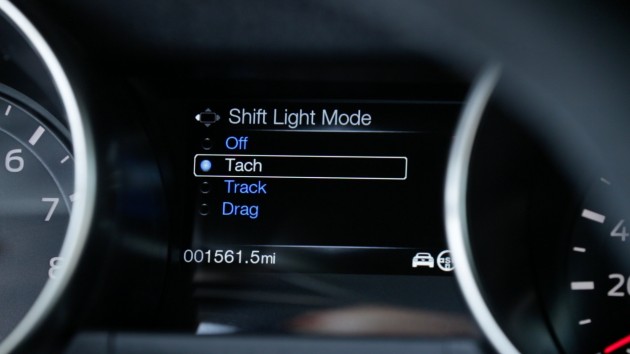 The Performance Shift Light Indicator will be standard equipment on both the Shelby GT350 and GT350R.  Ford will sell a limited run of each—100 GT350 Mustangs and 38 GT350R Mustangs—with the 2015 model year designation prior to a larger 2016 model run.