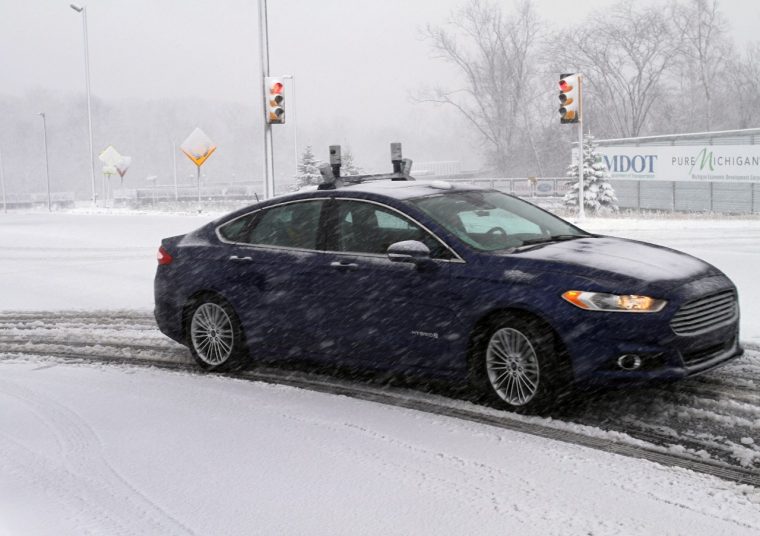 “It’s one thing for a car to drive itself in perfect weather,” said Jim McBride, Ford technical leader for autonomous vehicles. “It’s quite another to do so when the car’s sensors can’t see the road because it’s covered in snow. Weather isn’t perfect, and that’s why we’re testing autonomous vehicles in wintry conditions—for the roughly 70 percent of U.S. residents who live in snowy regions.”

Rather than GPS, these Fusion Hybrids utilize LiDAR to determine lane location down to the centimeter. Still, when snowy conditions cover road markers, it presents a very real challenge for effective autonomous driving. To combat this problem, these vehicles are equipped with high-resolution 3D maps that contain pertinent information on the environs such as trees, signs, and buildings. When the roadway is covered, these maps are used to determine the vehicle’s location accurately, enabling proper response.

“The vehicle’s normal safety systems, like electronic stability control and traction control, which often are used on slippery winter roads, work in unison with the autonomous driving software,” said McBride. “We eventually want our autonomous vehicles to detect deteriorating conditions, decide whether it’s safe to keep driving, and if so, for how long.”

Given the quickness with which Ford has made advances in autonomous vehicle development, that next goal is likely not terribly far off.