If you are planning to attend the 2017 North American International Auto Show and swinging by the Ford booth—and, let’s face it, if you’re going, you are almost certainly doing that very thing—then you will be treated to a new augmented reality experience that provides an incisive look at the automaker’s latest products.

“Think of augmented reality as the blending of virtual reality with real life,” says Garett Carr, Ford global auto shows manager. “It’s like having x-ray vision, with the power to take people deeper into our product and technology stories—it feels a little like magic.” 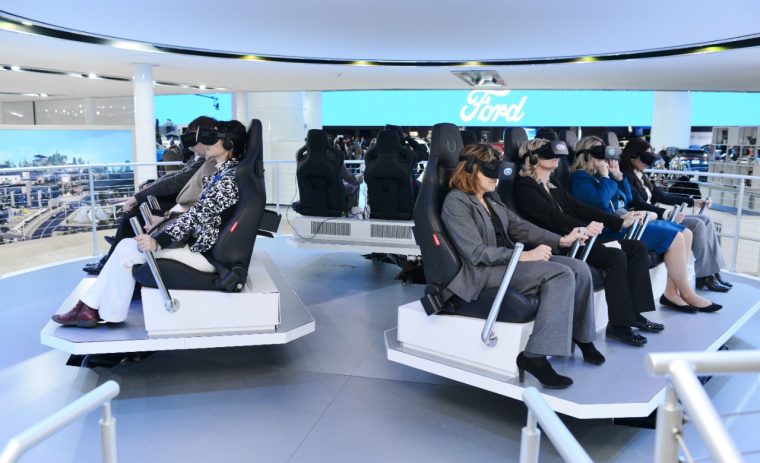 Through Ford’s augmented reality presentation, visitors to the Detroit Auto Show this week will be able to experience the feeling of a Ford GT barreling through a wind tunnel during aerodynamics testing; a demonstration of the capabilities of the new 10-speed automatic transmission found in both the 2017 and revamped 2018 Ford F-150; and the bigtime functionality and utility of the brand’s latest small SUV, the EcoSport.

For funsies, perhaps consider bringing along your elderly grandparent. If you were to film them gleefully enjoying the wonders of virtual reality and then upload that video onto Reddit, you’d almost certainly have a shot at the front page. At the least, you’ll probably get a decent amount of karma out of it.

Ford’s exhibit in Detroit this year will also feature the latest-generation Fusion Hybrid Autonomous Development Vehicle, as well as the Reebok/Ford FitTruck.

Further, visitors who have the FordPass® app downloaded onto their smartphones will have exclusive access to Michigan Science Center’s Spark!Lab invention area, which is located in the concourse near the corner of Washington Boulevard and West Congress Street.