Ford’s plan to go global seems to be proceeding as expected after the automaker posted record sales in China for January. According to the Ford China January sales report, sales for the American carmaker have increased over 53 percent over their figures from 2013, setting a new record for Ford in the biggest market for cars in the entire world.

During January, 94,466 wholesale Ford vehicles were sold in the country, which is a massive increase since January 2013 when 61,567 were sold. Ford China passenger car sales increased 63 percent, accounting for 72,598 vehicles compared to last year’s 44,439 unit total. 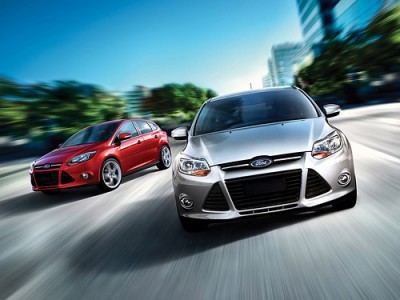 Leading this major growth was the Ford Focus, which maintained its status as the world’s best-selling nameplate through the third quarter of 2013 (with Q4 results pending). As ever, the Ford Focus continued to impress the foreign market with its sleek design, intuitive technology, and quality. With 36,385 cars sold, the Focus accounted for a little over one third-of all Ford China January sales, growing 8 percent since last year.

Given the fact that Ford’s overall sales in China increased by nearly 50 percent in 2013, this is more than enough reason for the Blue Oval to approach the year ahead with a positive outlook.

So what’s your take: does Ford have the chops to become one of China’s go-to brands and surpass rival automakers in 2014?