Ford Holds Ride-and-Drive Event at Hockenheimring for US Military 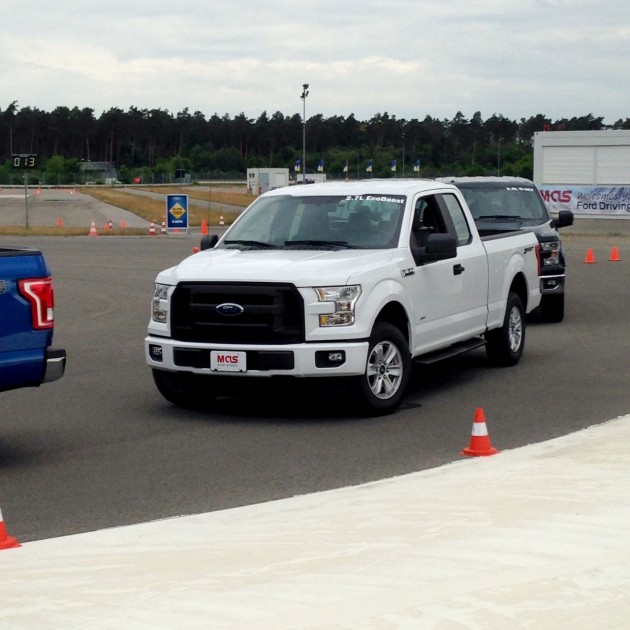 Ford offered up a unique opportunity to US military personnel stationed in Germany and across Europe by letting them take the all-new F-150 and Mustang for a spin around the Hockenheimring. Clearly, this is a test drive opportunity far superior to anything you’d be able to conjure up at your local dealer (unless you know a dealership located by a full-sized obstacle course or race track, that is).

“The Ford Driving Freedom ride-and-drive event is designed to introduce the new 2015 Ford Mustang and F-150 to military personnel who are stationed on U.S. bases across Europe,” says Doug Walczak, fleet sales manager, Ford Motor Company. “It’s the first time such an event has been held overseas.”

The 125 military members were the chosen winners of a contest put forth by the Overseas Military Sales Corporation, and Walczak says that it was intended as a means to help boost troop morale while utilizing a unique and historic venue to showcase its latest and greatest products.

“Ford has worked with the Overseas Military Sales Corporation since 1995 to offer Ford and Lincoln vehicles for sale in more than 30 countries throughout the Americas, as well as in Europe, the Middle East and Asia, as well as on select Navy ships,” said Walczak. “Service personnel can order vehicles for use where they are stationed, or place an order overseas and pick it up at a dealership when they return home.”

Ford says that the ride-and-drive program could be replicated for future product launches, and it noted that the F-150s used at Hockenheimring were among the first to touch ground in Europe.