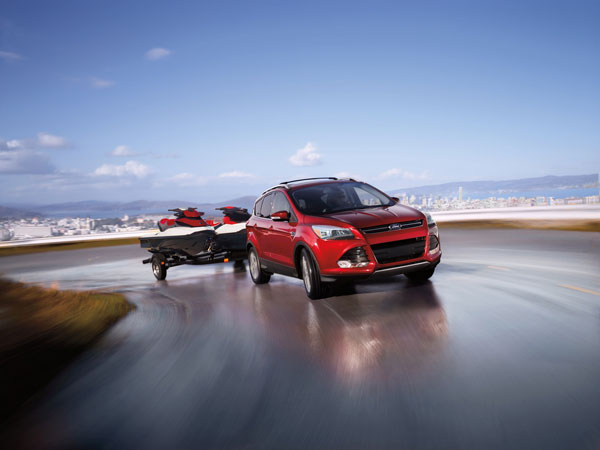 The Ford Escape joined the Dearborn, Michigan, automaker’s lineup of SUVs in 2000. Despite being technically a compact crossover, the Escape was marketed with Ford’s traditional SUVs right below the larger Explorer. The Escape continues to be a hit for Ford, as the compact SUV helped pull the automaker out of the recession with sales that have increased every year since 2008.

Ford introduced the Escape in 2000 for the 2001 model year. Ford engineers made the Escape one of the first SUVs to ditch the truck-based, body-on-frame platform for a more car-like design, as most shoppers in the segment weren’t looking for an off-roading vehicle. Customers responded to the Escape’s more comfortable, smooth ride, and the SUV was an immediate success. Since then, the Escape has undergone three complete redesigns and remains one of Ford’s highest-performing models.

In 2004, Ford became the first automaker to create a hybrid SUV when it released the Ford Escape Hybrid.

In 2012, Ford discontinued the Escape Hybrid because of revolutionary EcoBoost technology. The 2013 Escape equipped with a turbcoharged EcoBoost engine returned higher fuel economy than the final installment of the Escape Hybrid.

Sales of the Ford Escape continue to thrive off the recent redesign, and Ford continues to load the Escape with new technology, including the MyFord Touch with SYNC infotainment system with voice recognition.