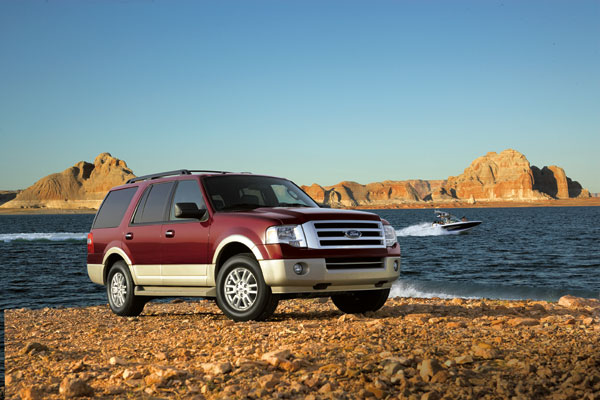 The Ford Expedition first appeared on the market in 1996, when many consumers considered bigger to be better. Even today, as the industry moves towards smaller, more eco-friendly cars, the Expedition remains a major player in Ford’s lineup with consistent sales establishing Ford as one of the best car brands in America.

The Expedition is a full-size SUV that began production in 1996 at Ford’s Wayne, Michigan, Assembly Plant. Ford introduced the Expedition as a replacement for the Ford Bronco and was originally supposed to find its place size-wise between the smaller Ford Explorer and larger Ford Excursion. As of the 2005 model year though, it is Ford’s largest SUV.

Since its introduction in 1996, the Expedition has seen a lot of changes both in its trim levels and its powertrains. Now in its third generation, the full-size SUV offers two body style types—regular and extended-wheelbase EL—and three different trim levels—base XLT, upscale Limited, and high-end King Ranch. It also now offers Ford’s EcoBoost technology as a powertrain option.

Since its introduction in 1996, the Ford Expedition has won a multitude of awards including the 2010 AutoPacific Vehicle Satisfaction Award for the large SUV category and a 2012 J.D. Power award, which gave the 2012 Expedition a perfect score in overall quality and performance.