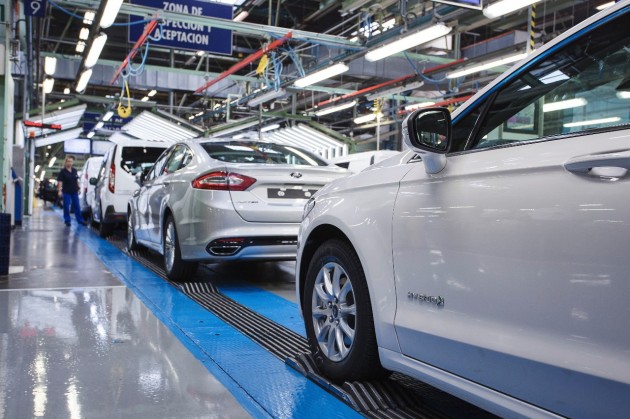 With the Mondeo Hybrid, Ford is making its first foray into selling an electric hybrid in Europe, a move that could wind up paying dividends down the road. Ford Mondeo Hybrid production officially got underway last week at the assembly line in Valencia, Spain, making the Mondeo one of the most diverse nameplates on the market in the world today.

“Mondeo Hybrid offers consumers the best of both worlds, the enhanced efficiency and reduced emissions of electric power, and the range and performance of a traditional powertrain,” said Roelant de Waard, vice president, Marketing, Sales & Service, Ford of Europe. “With a range of Ford vehicles that also includes the Focus Electric, the C-MAX Energi plug-in hybrid electric vehicle, as well as fuel-efficient ECOnetic diesel and EcoBoost models, our customers will soon have more options than ever to optimize running costs.”

The Mondeo Hybrid will utilize a 2.0-liter engine with a 1.4 kWh lithium-ion battery to return fuel economy estimated around 4.2 l/100 km (56 mpg). 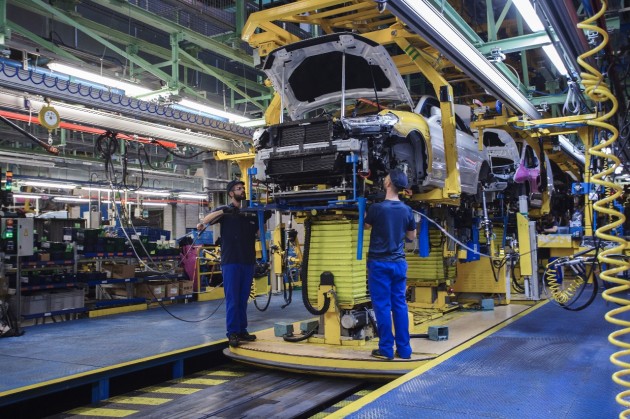 Ford sales in Europe were up 8.1% in October, and it’s banking on the success of new models such as the Focus ST, C-Max, Edge, and Mustang to reverse its fortunes. American automakers have struggled to excel in Europe, and Ford stands to lose as much as $1.2 billion there this year alone, according to Detroit News.