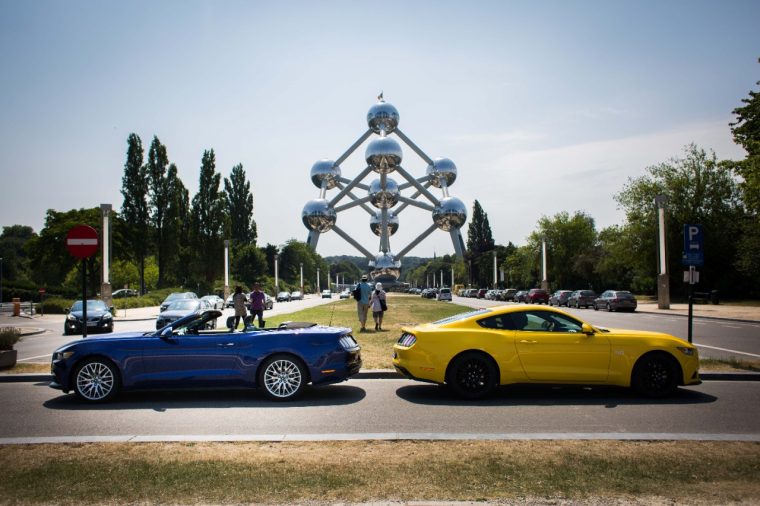 Two Ford Mustangs at The Atomium

The biggest growth drivers for Ford through three quarters have been its performance cars and SUVs, with both segments combining for the best first nine months of sales in the company’s history.

“Our customers have purchased more Ford performance cars and SUVs than ever before in the first nine months of the year, and we continue to be the commercial vehicle sales leader in Europe,” said Roelant de Waard, vice president, Marketing, Sales and Service, Ford of Europe.

“What’s more, our sales in the higher value retail and fleets sales channels accounted for around three-quarters of our sales and were nearly five percentage points better than the industry average both in September and year-to-date.”

Through September, sales of Ford Performance cars—including the new Focus RS and Ford Mustang—are up 80%. Sales of the Focus RS have reached 9,140 since launch, and sales of the Mustang in Europe have surpassed 21,000 units since its 2015 rollout. The Mustang is selling at high volumes in Germany and Britain, and it is most popular in Belgium.