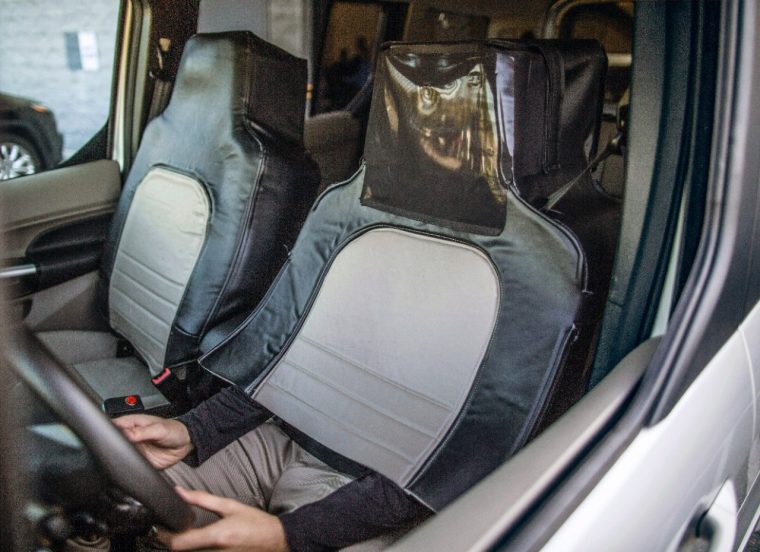 So here’s a thing. Ford and Virginia Tech Transportation Institute are developing ways for self-driving vehicles to communicate their intentions to other drivers, cyclists, and pedestrians. They’re testing this method out with a user experience study that tests out peoples’ reactions to driverless vehicles. But rather than use an actual self-driving vehicle, they put a guy in a suit that makes him look like he’s a driver’s seat and had him drive around in a Ford Transit Connect equipped with a special light bar.

“Understanding how self-driving vehicles impact the world as we know it today is critical to ensuring we’re creating the right experience for tomorrow,” said John Shutko, Ford’s human factors technical specialist. “We need to solve for the challenges presented by not having a human driver, so designing a way to replace the head nod or hand wave is fundamental to ensuring safe and efficient operation of self-driving vehicles in our communities.” 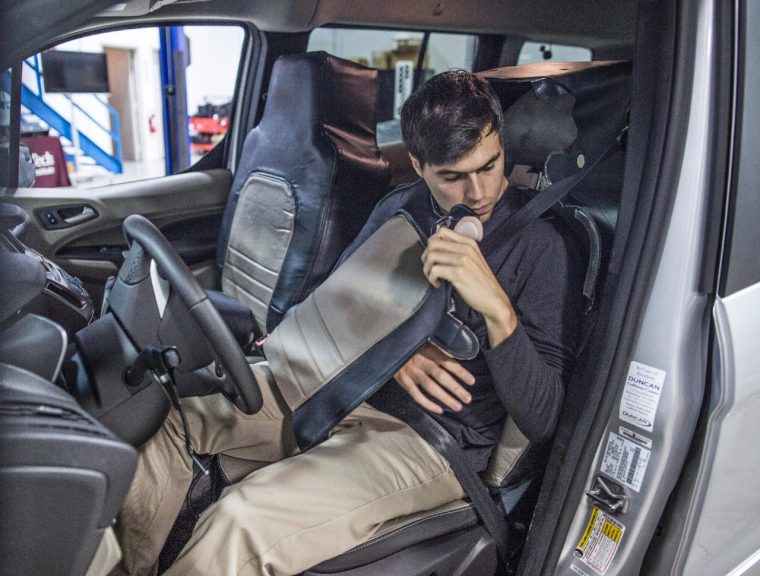 Okay, sure, that’s all well and good, but could this not have been attempted in one of the many actual autonomous development vehicles that Ford tests in the real world? Did it have to be done in a manner suited for Frank Reynolds and the gang?

Ford’s unusual setup was used to test three light signal patterns that indicate yield, fully autonomous driving mode, and acceleration from a stop. The test was conducted in August on public roads around Arlington, Virginia, resulting in 150 hours of data, 1,800 miles of driving, 1,650 signal activations, and at least one very, very confused journalist. Seat suit guy should have just offered him an egg in his trying time. 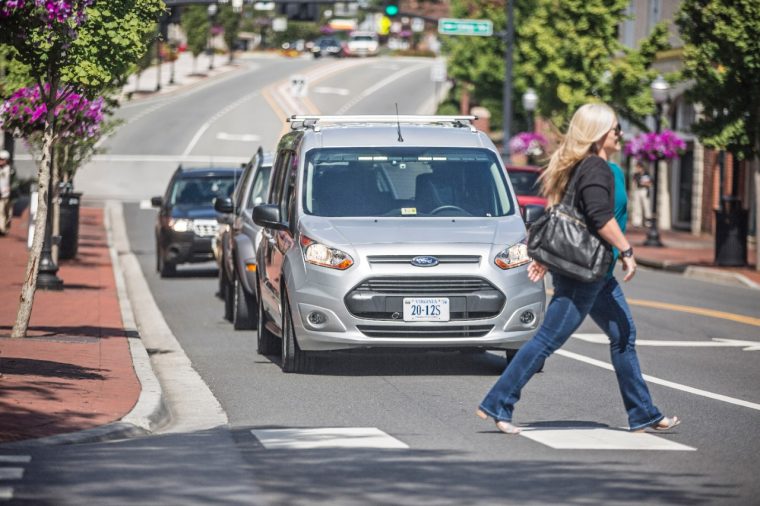 “This work is of value not only to vehicle users and manufacturers, but also to anyone who walks, rides or drives alongside autonomous vehicles in the future,” said Andy Schaudt, project director, Center for Automated Vehicle Systems, Virginia Tech Transportation Institute. “We are proud to support Ford in developing this important research.”