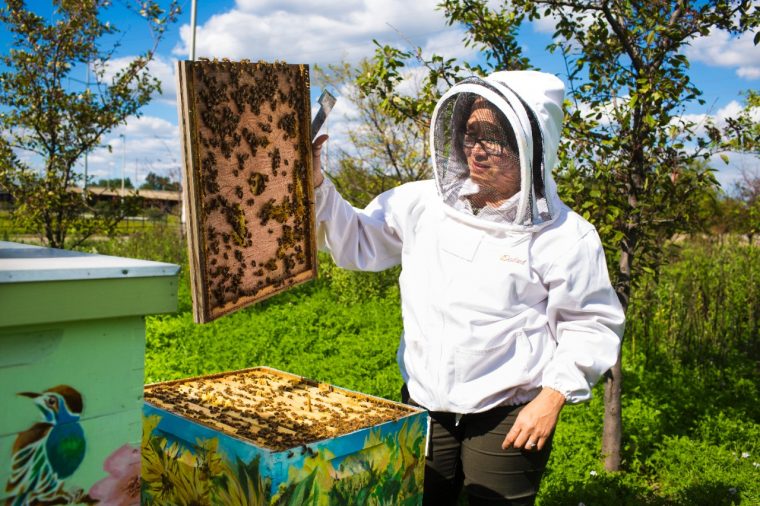 Ford employee Mary Mason is taking a hands-on approach to helping ensure the survival of thousands of honey bees. Literally, hands-on. That’s because she’s the resident beekeeper at the Ford Rouge Complex, where approximately 80,000 bees are sheltered.

Granted, this would probably make you clench up if you were the gormless and unlikable character played by Nicholas Cage in the mostly hilarious 2006 remake of The Wicker Man.

However, Mason’s cause is much more virtuous than fulfilling some strange murder ritual for honey; she and Ford are doing their parts to lessen the effects of colony collapse disorder and various other environmental causes that have led to a three-decade-long decline in the honeybee population.

Environmentally-responsible action is nothing new at the Rouge Complex, where the Heritage 2000 program green-ified the facility with crabapple trees and various other flora. With that success in mind, the suggestion of bringing in the bees was made.

“We had the crabapple trees and thought when they flowered, the bees could pollinate them,” said Roger Gaudette, director of Dearborn campus transformation. “Bees are relatively easy to manage, so they were a perfect fit. We installed the hives in 2003, and even distributed the honey to company board members for the first few years.” 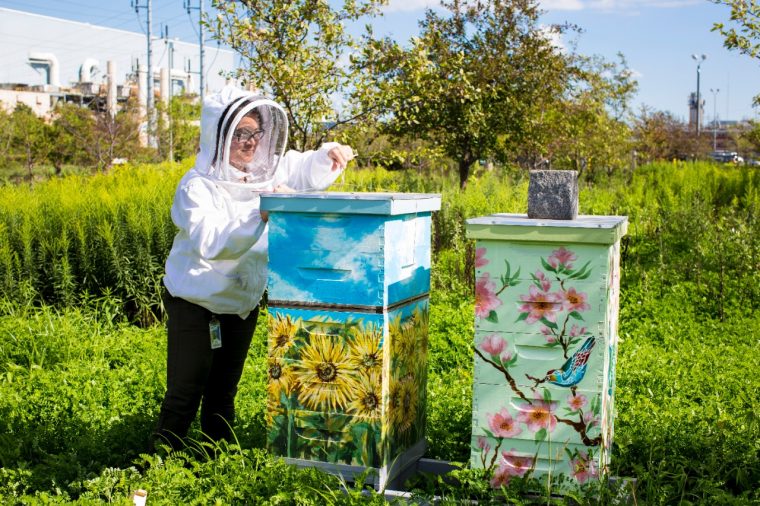 The 80,000 honeybees now populate the orchard, and Mason, a safety investigation engineer, has been their keeper for three years.

“I think it’s wonderful Ford is so environmentally connected, and that officials are interested in how the company affects its community,” she said. “I just love that they’re letting me keep the bees here. It’s important they’re protected.”

In other bee-related activities, Ford rescued 10,000 bees at the Ohio Assembly Plant this summer and thousands more at the St. Thomas Assembly Plant in Canada.