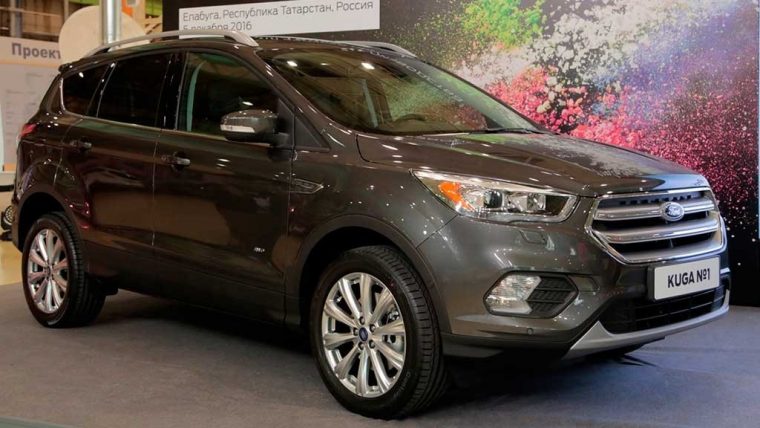 Ford Sollers on Monday kicked off full-cycle production of the all-new Ford Kuga. Revealed earlier this year in Barcelona at the Mobile World Congress, the new Kuga is redesigned to match the style of Ford’s EcoSport and Edge and boasts technologies including updated Active City Stop collision avoidance and SYNC 3 infotainment.

Production of the new Kuga takes place at Ford Sollers’ assembly plant in Elabuga, Republic of Tatarstan, Russia. Sales of the Kuga have thus far risen 21% in Russia in 2016, and more than 52,000 models have been sold since its launch.

“The start of the new Ford Kuga production is a significant milestone for both the manufacturing facility and the Russian automotive industry in general,” said Alexander Morozov, Deputy Minister of Industry and Trade of the Russian Federation.

“The launch of the new Kuga will allow Ford Sollers to further strengthen Ford’s position in the SUV segment on the Russian market,” said Mark Ovenden, president and CEO, Ford Sollers.

The new Kuga will be offered in Russia with an all-new 1.5-liter EcoBoost engine with available 150 horsepower and 182 horsepower outputs, as well as with a 2.5-liter engine.

The new Kuga is also offered with features including Perpendicular Parking with Active Park Assist, Park-Out Assist, Cross Traffic Alert, Ford MyKey, and SYNC 3. SYNC 3 will offer features such as over-the-air Wi-Fi updates and Apple CarPlay and Android Auto compatibility, as well as the ERA-GLONASS Accident Emergency Response System. Ford Sollers notes that the Russian-spec Kuga will be engineered specifically for Russia’s road and weather conditions.