Ford Will Auction Rights to First 2016 Shelby GT350 in Scottsdale 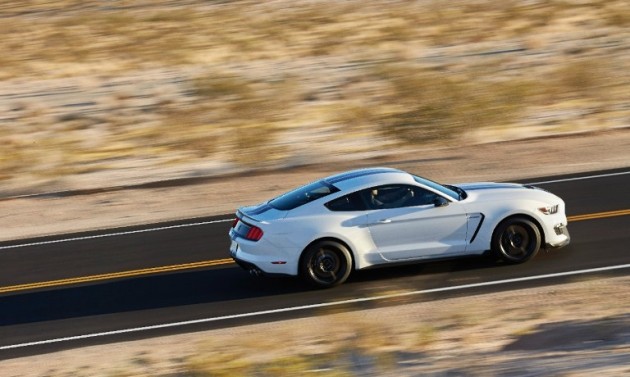 Ford made a lot of dreams come true back in November when it revealed the all-new Shelby GT350 Mustang at the 2014 Los Angeles Auto Show. With the 50th anniversary of the first Shelby Mustang coinciding with the Barrett-Jackson auction in Scottsdale this January, Ford will look to make at least one more dream come true by auctioning off the rights to the first 2016 Shelby GT350.

Relative to the concept of helping people realize dreams, all proceeds raised from the sale of Lot No. 3008 will be donated to JDRF, which is the global leader in funding type 1 diabetes research.

“JDRF is privileged to work with Ford, and we are extremely grateful for the generous support from Ford and its employees through the years,” said John Brady, JDRF chairman, international board of directors. “We are honored to be part of the company’s 50-year celebration of the Shelby GT350 at Barrett-Jackson Scottsdale.”

January marks the 50th anniversary of the first Shelby GT350, co-conceived by Ford and the car’s legendary namesake, Carroll Shelby.

The next-gen Shelby GT350 is the first Ford Mustang ever built with a flat-plane crankshaft V8, which will dole out a whopping 500 horsepower and 400 lb-ft of torque.

The Barrett-Jackson Scottsdale auction begins January 10th and concludes January 18th. The auctioning of the Shelby GT350 will be aired live on Velocity January 17th.