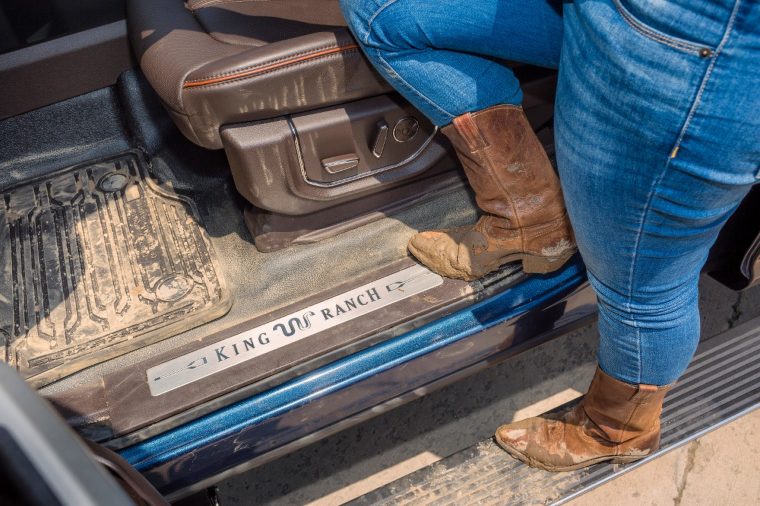 Ford makes what one might charitably call a buttload of money from selling trucks, and the tendency of customers to opt for more upscale trims options and amenities led to the creation of the 2016 F-150 Limited trim. Because it understands that customers who drive trucks for personal or professional work still want the finer things in life, Ford announced that the new 2017 Ford F-Series Super Duty King Ranch and Platinum trims will now receive vinyl flooring. The finer things.

“Super Duty customers want a truck that can rival luxury cars in comfort and technology without having to worry about it getting dirty,” said Doug Scott, Ford truck group marketing manager. 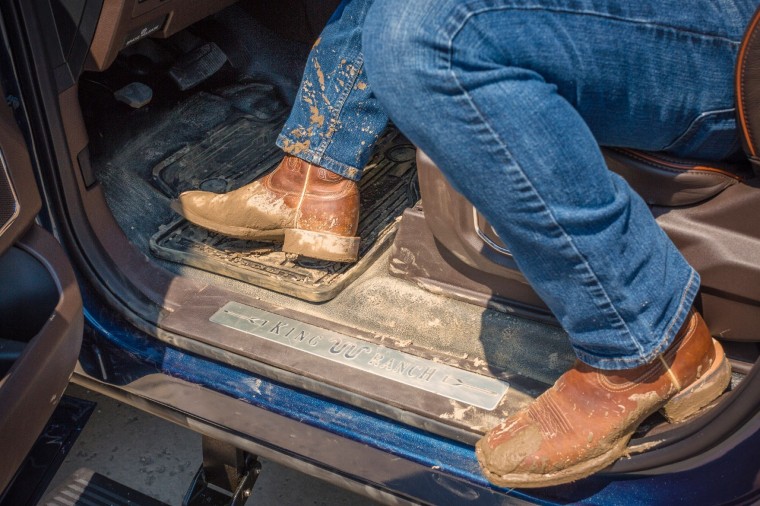 The vinyl floor option had previously only been available for the Super Duty XL and XLT, and its addition to the King Ranch and Platinum trims now mean that customers shelling out for more expensive trucks do not have to fear muddying up their cabin too much after a hard day’s work. Vinyl flooring on both models will be specially tailored with unique designs, as well as clips to hold floor mats.

“Super Duty customers use their trucks in all aspects of their lives—including for work and as a personal vehicle,” added Scott. “They want the luxury of a King Ranch or Platinum edition, while maintaining their ability to use the truck for work without fear of ruining the interior.”

Ford offers vinyl flooring as standard equipment for the Super Duty XL, and it is also optional for XLT and Lariat.

More on the 2017 Ford Super Duty: So tough, it requires cutting-edge testing equipment