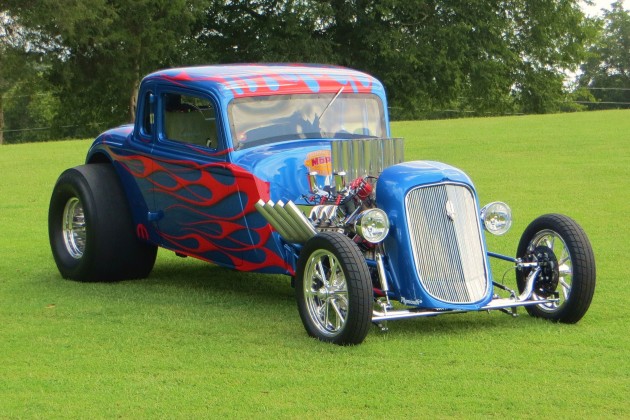 At long last, we have the fourth and final Top Eliminator HEMI Heritage winner determined: Roger Davis and, more importantly, the 1934 Plymouth PF 5-Window Coupe that won him the title. (You might remember our feature on two of the other four winners during the Woodward Dream Cruise.)

Davis, who is a lieutenant colonel in the U.S. Army, and his Plymouth were chosen by Mopar fans online. The PF 5-Window Coupe is reportedly—and humorously—named “in-Flame-ous.” Davis got a hold of the classic car back in 2012 and has spent the last two years restoring the bad boy. 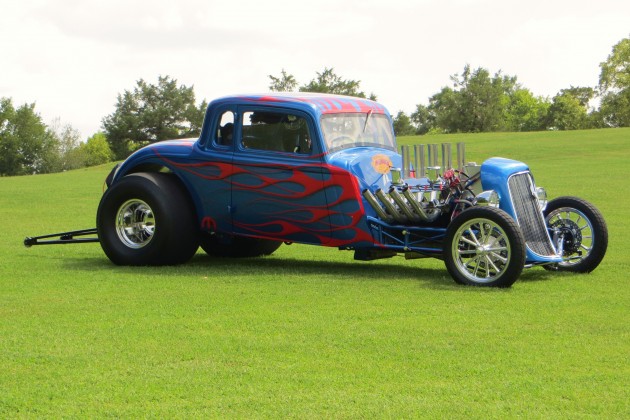 Davis had to make a number of changes to make the Plymouth street legal, like adding lights, wipers, and a horn. He also had to upgrade the alternator and the ignition system. And, as you can guess from the photos, he did some painting of his own, as most no Depression-era vehicles were not so boldly colored.

“The 1934 Plymouth PF 5-window Coupe is the ultimate ride for hot rodders,” said Davis. “It’s like what you see in the movie American Graffiti.”