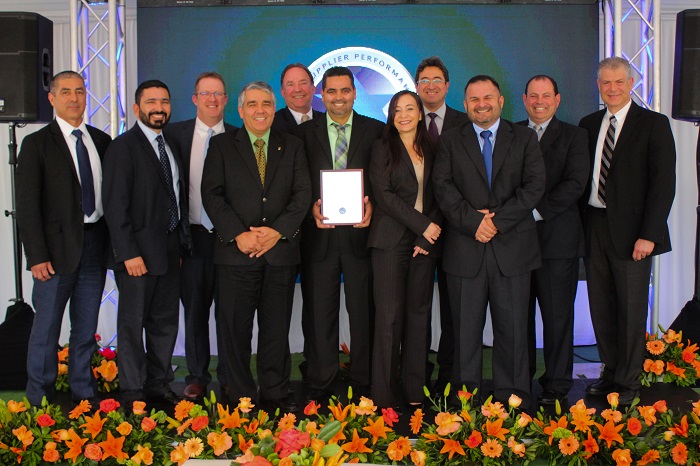 General Motors revealed that it purchased $15.1 billion in parts from suppliers in Mexico in 2015, 7.6% more than the amount purchased in 2014. The increase in purchases moves Mexico into the position of GM’s second-largest global supplier of components, with Mexican-manufactured products accounting for around 19% of all global parts purchases last year. Only the United States contributed more materials to GM’s global supply chain.

“For General Motors of Mexico and our network of providers, quality is a value that we live daily,” said Raymundo Garza, Director of Purchasing and Supply Chain, General Motors of Mexico. “This recognition allows us to build a stronger bond with our supply chain, which results in delivering vehicles that exceed the expectations of the customer.”

GM also honored 101 of its Tier 1 suppliers with its Award for Excellence in Supplier Quality. These include companies located in San Luis Potosi, Coahuila, Guanajuato, Mexico City, and Puebla among others. These manufacturers specialize in parts for everything including powertrain and chassis, interior and exterior, and electrical systems.

General Motors currently employs approximately 15,000 people in Mexico at its facilities in Toluca, State of Mexico; Silao, Guanajuato; Ramos Arizpe, Coahuila; and San Luis Potosi, and at its corporate offices in Mexico City.

Heading Out This Summer? Here’s what you should keep in your emergency kit