General Motors announced yesterday that, for the very first time, it earned perfect climate change action change scores, both for disclosure and for performance. The data was submitted to CDP, which is a global environmental disclosure system. Having earned the perfect score, GM now sits among the world’s best companies combating climate change as one of just 33 of 500 businesses to achieve a 100. 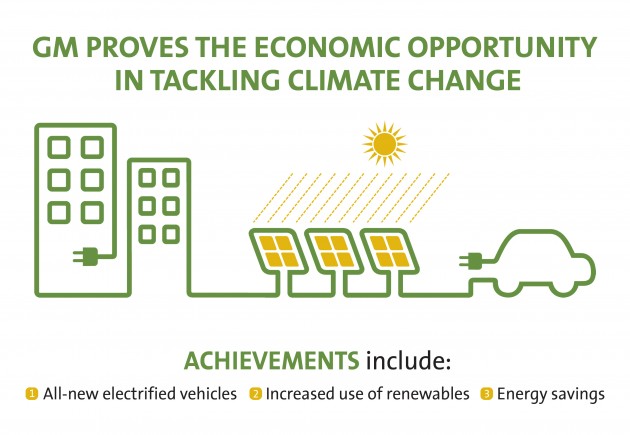 Yesterday was quite the relevant time to announce GM’s victory, as we are observing Climate Week this week. World leaders are currently gathered in New York City in the ongoing effort to battle global warming.

“Our customers expect us to help mitigate, if not eliminate, issues such as congestion and pollution,” said GM CEO, Mary Barra. “This extends to how we build our products and how we engage with the world around us. This has led to expanded use of renewable energy, a ‘zero waste’ mindset and other initiatives that have sharply reduced our energy intensity, resource consumption and greenhouse gas emissions worldwide.”