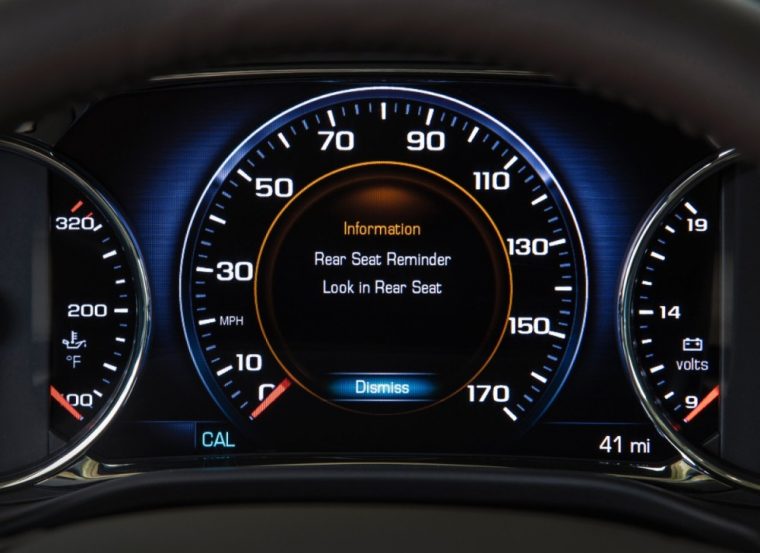 Rear Seat Reminder will be a standard feature on the 2017 GMC Acadia
Photo: © General Motors

General Motors debuted its Rear Seat Reminder technology earlier this year on its all-new 2017 GMC Acadia, and it announced today that the technology will now be offered on a number of new 2018 model-year Buick, Cadillac, Chevrolet, and GMC models.

“GM’s Rear Seat Reminder feature is an initial step to use technology to help remind drivers to check the rear seat before exiting the vehicle under certain conditions,” said Jeff Boyer, vice president of GM Global Vehicle Safety. “We want to help everyone to take one simple, extra step. That’s why Chevrolet, Buick, GMC, and Cadillac will offer the Rear Seat Reminder on a broad range of vehicles, from small cars to full-size SUVs and everything in between.” 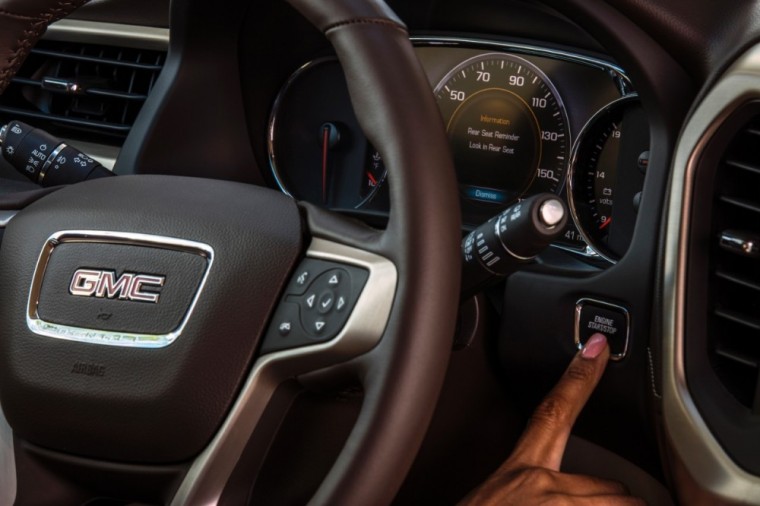 GM announced the expansion of its Rear Seat Reminder technology only hours after Justin Ross Harris was sentenced to life in prison after leaving his 22-month-old son to die in a hot car in 2014, noting that 39 children died under similar circumstances in 2016.

Rear Seat Reminder monitors the rear doors of a vehicle, activating when either rear door is opened or shut up to 10 minutes prior to a vehicle being turned on. This causes the vehicle to sound a chime five times and display a message in the driver information center that advises the driver to check the rear seat whenever the vehicle is next turned off.

“This new technology developed by General Motors will give busy parents and caregivers the important reminder to always check the back seat,” said Kate Carr, president and CEO of Safe Kids Worldwide. “The safest way to protect a child from heatstroke is to never leave a child unattended in a vehicle, and features like Rear Seat Reminder, coupled with continued public education, can help combat this preventable tragedy.”

Vehicles set to be offered with Rear Seat Reminder include the following:

Additional models are likely to be announced for the 2018 model year.