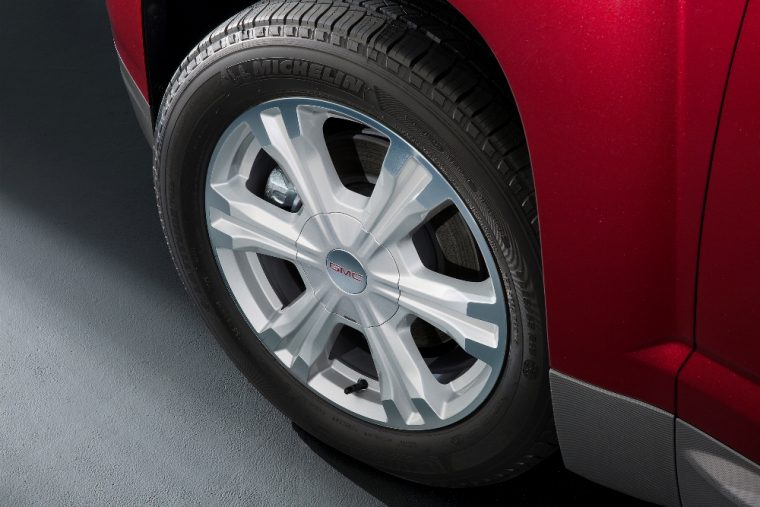 The Chevrolet Traverse and GMC Terrain are two of the best-selling, but also two of the oldest models currently offered by General Motors. However, two new versions of these popular SUVs could soon be making their debuts at the Detroit Auto Show if a report from The Wall Street Journal turns out to be true.

Speaking Of New GM Vehicles: Have you seen the redesigned 2018 Chevy Equinox yet?

Using information obtained from industry insiders, the publication reported the new Terrain and Traverse will make their premiere at next month’s North American International Auto Show. Both vehicles could be significantly lighter than their predecessors thanks to advanced new platforms.

The updated GMC Terrain will reportedly utilize GM’s D2XX platform, which is also used in the current Chevy Cruze. It’s also the same platform that will be featured in the upcoming 2018 Chevy Equinox. Furthermore, Motor Trend has speculated the new Terrain will be offered with the same engine choices as the ‘18 Equinox. These engines options include a 1.6-liter turbo-diesel, a 2.0-liter turbocharged four-cylinder, and a smaller 1.5-liter turbo-four.

In contrast, the new Chevy Traverse is expected to use GM’s C1XX platform, albeit slightly elongated. The regular version of this platform can also be found in the 2017 Cadillac XT5 and 2017 GMC Acadia. However, the redesigned Traverse is not expected to undergo as drastic a size reduction as the Acadia, which went from a full-size SUV for the 2016 model year to a mid-size crossover when it was introduced for 2017.

GM sold more than 100,000 Terrains and Traverses a piece in 2015, so it’s important these updated versions go over well with consumers when they debut in Detroit.

The 2017 Detroit Auto Show will open to the public starting Jan. 14th.

Thinking About A New Car? Use this innovative tool to estimate your current credit score