General Motors had a banner year for auto sales in the United States this past year: GM dealers moved 2.8 million units, good for an 11 percent retail sales increase and a total sales increase of 7 percent over 2012.

While GM sales in 2013 were up, December saw a minor drop off for the automaker: 230,157 units were delivered by dealers in December, which was a 6 percent drop off from 2012.  Retail sales also dipped by six percent, and fleet sales dropped 9 percent. However, none of this detracted from GM’s feeling that 2013 was an overwhelming success for their various brands and products.

“2013 was the year that GM and the auto industry put the last traces of the recession in the rearview mirror, so now we can devote our full attention to the things that matter most to customers: compelling design, world-class quality and delivering the best ownership experience in the business,” said Kurt McNeil, vice president, U.S. sales operations, in their press release. “GM has laid a strong foundation to pursue all of these goals. We have announced more than $10 billion in capital investments in the United States since 2009 and plowed billions more into R&D to refresh our product portfolio at twice the rate of the last few years.” 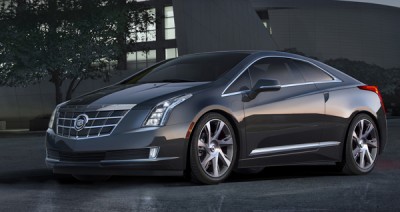 In 2014, GM plans to launch large SUVs for Cadillac, GMC, and Chevrolet while capitalizing on the recently-launched Cadillac ELR and all-new heavy-duty and mid-size pickups from Chevy and GMC.  GM will also initiate the auto industry’s largest deployment of high-speed mobile broadband in 2014, as was outlined at CES this week.

Other highlights for GM sales in 2013 include:

With 2014 wide open for GM, what are you most looking forward to from the automotive juggernaut down the road?  Leave us a comment and let us know what you think!