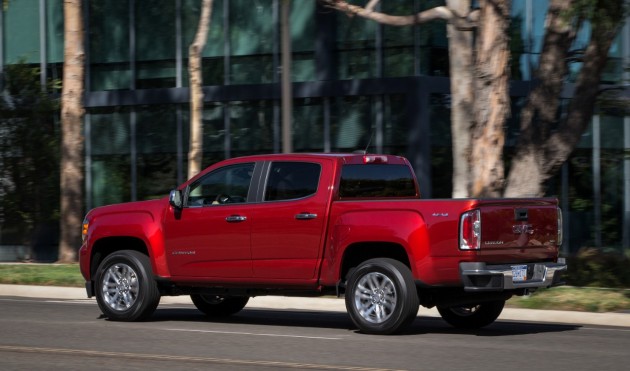 When the return of the GMC Canyon was announced in 2014, it was made clear that the 2016 model year would be bolstered by the introduction of a turbodiesel engine. Sure enough, GMC has announced the 2016 Canyon powered by a 2.8-liter Duramax diesel engine, and it does not disappoint in any way.

The 2016 GMC Canyon diesel will produce 181 horsepower and 369 lb-ft of torque, and it will feature a Hydra-Matic 6L50 six-speed transmission with a Centrifugal Pendulum Vibration Absorber in the torque converter for reduced noise and vibration. It will also feature a smart diesel exhaust brake system, integrated trailer brake controller, and an electronically-controlled two-speed transfer case for 4WD models. 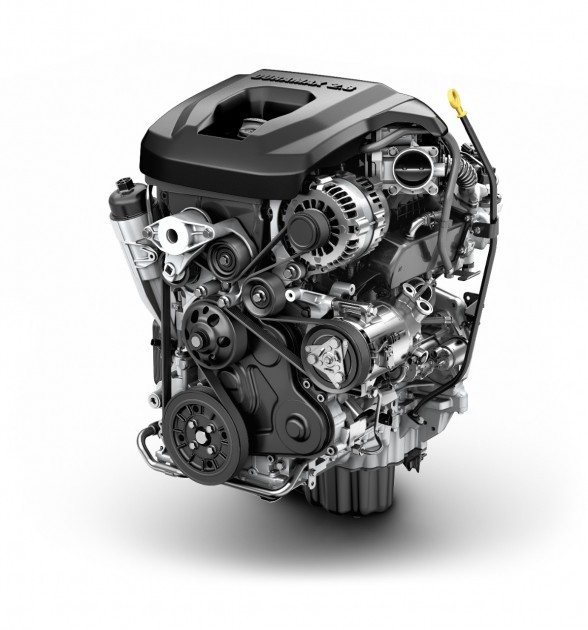 “A diesel engine was part of the Canyon’s portfolio plan from the beginning, meaning the chassis, suspension and other elements of its architecture were engineered to support it,” said Scott Yackley, assistant chief engineer. “That means there are no compromises with the Canyon diesel. It offers exceptional capability delivered with a confident feeling of control.”

The Canyon Duramax diesel will be offered in SLE and SLT Crew Cab models with either 2WD or 4WD, and it will cost $3,730 more than those models equipped with the V6. It will also be offered with an available trailering package that adds an exclusive automatic locking rear differential, hitch receiver, and seven-pin connector.

The 2016 GMC Canyon Duramax will arrive at dealerships across the country this fall.