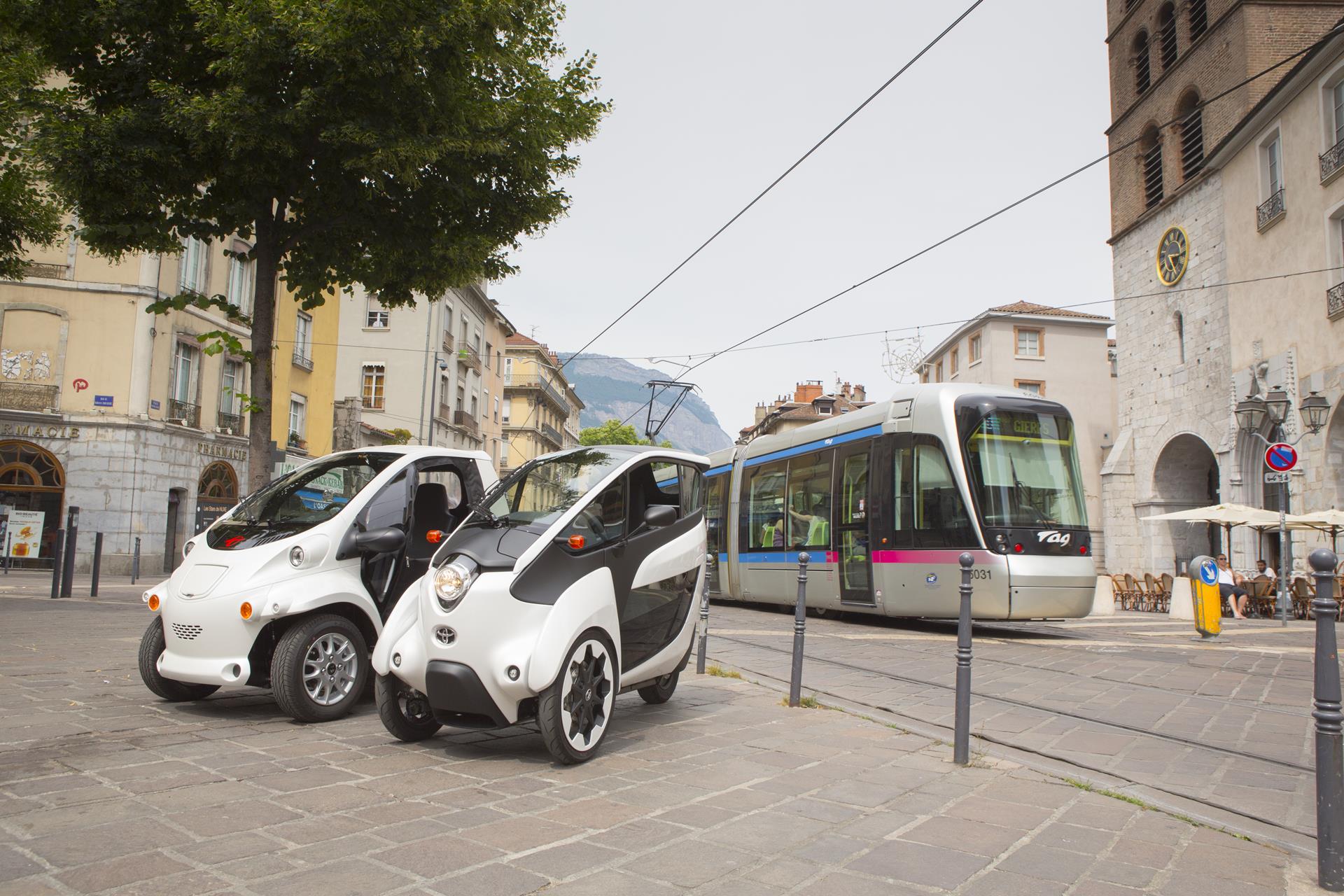 From electric cars to hydrogen power, it seems like the cars of the future are becoming the cars of the present. As a pioneer of alternative energy vehicles, it’s no surprise that Toyota is joining forces with the City of Grenoble in France and other partners to make Grenoble a “Smart City” starting in October, thanks to the recently announced Grenoble car-sharing scheme. [ Watch the video below for more! ]

As part of the car-sharing scheme, called Citélib by Ha:Mo, Toyota will provide 70 i-ROAD and COMS ultra-compact electric vehicles to the city, and commuters will be able to pick up one of the small EVs from one location and drop it off at another. The goal is to help reduce traffic congestion in the city by allowing commuters increased flexibility in their transportation choices. Commuters will be encouraged to utilize the Grenoble car-sharing scheme in conjunction with existing public transport. Currently, while many commuters use public transit, many are forced to drive the first or last few kilometers of their journeys, but the City of Grenoble is hoping that Citélib by Ha:Mo will help alleviate some of that traffic. 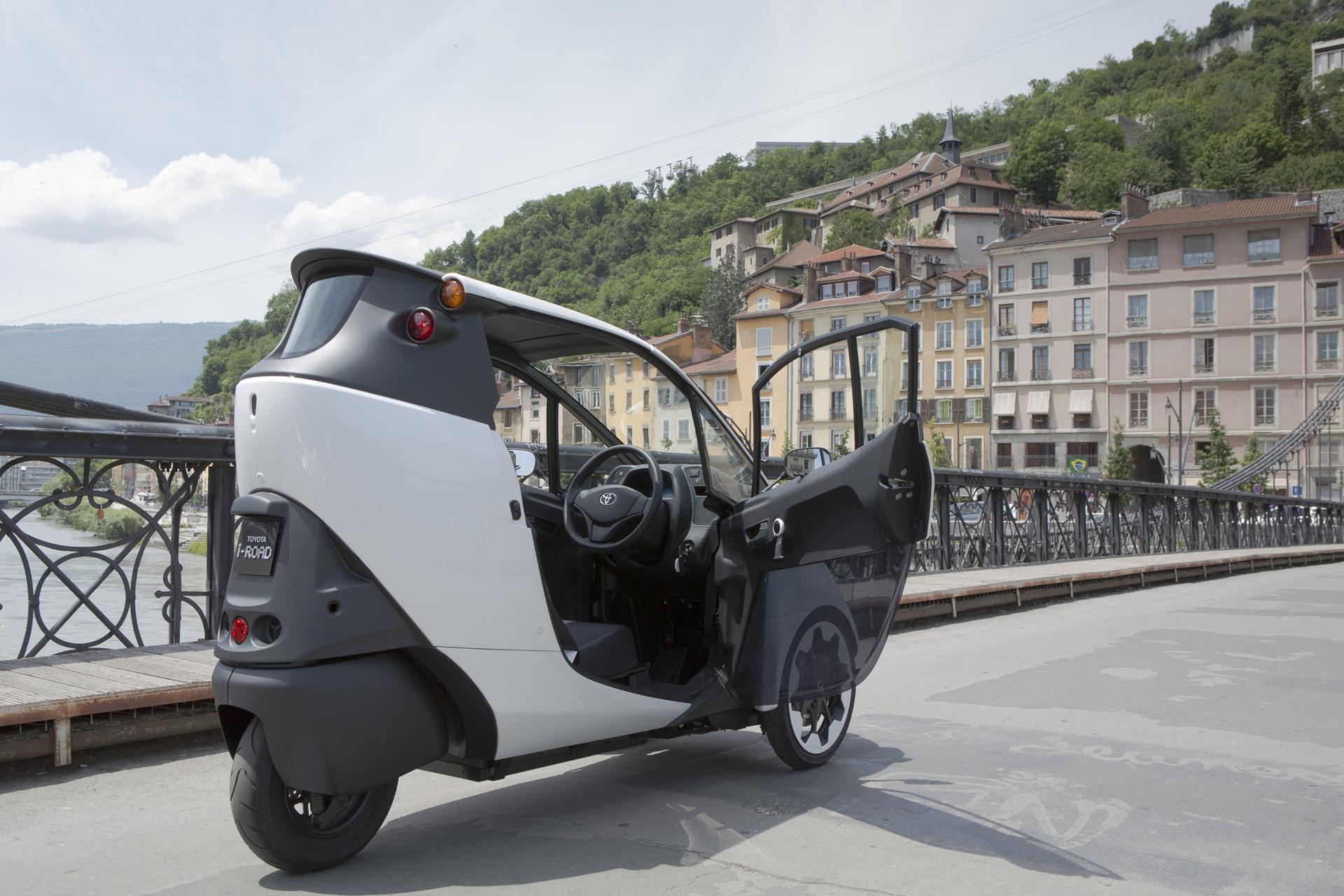 There will be a total of 30 charging stations around Grenoble, allowing commuters to get as close to their destinations as possible. To release an EV from the station, a user simply needs to flash his or her phone onto the charging station, and drive away immediately in the EV of his or her choice.

Michel Gardel, Vice President of Toyota Motor Europe, commented, “This concept fits within our overall future mobility vision which is based on four pillars: safety, comfort, ease of use and ecology. Ha:mo was designed to reduce the stress caused by traffic jams, peak traffic hours, and searching for a parking space. It also allows a reduction in emissions that cause poor air quality in city centres.” 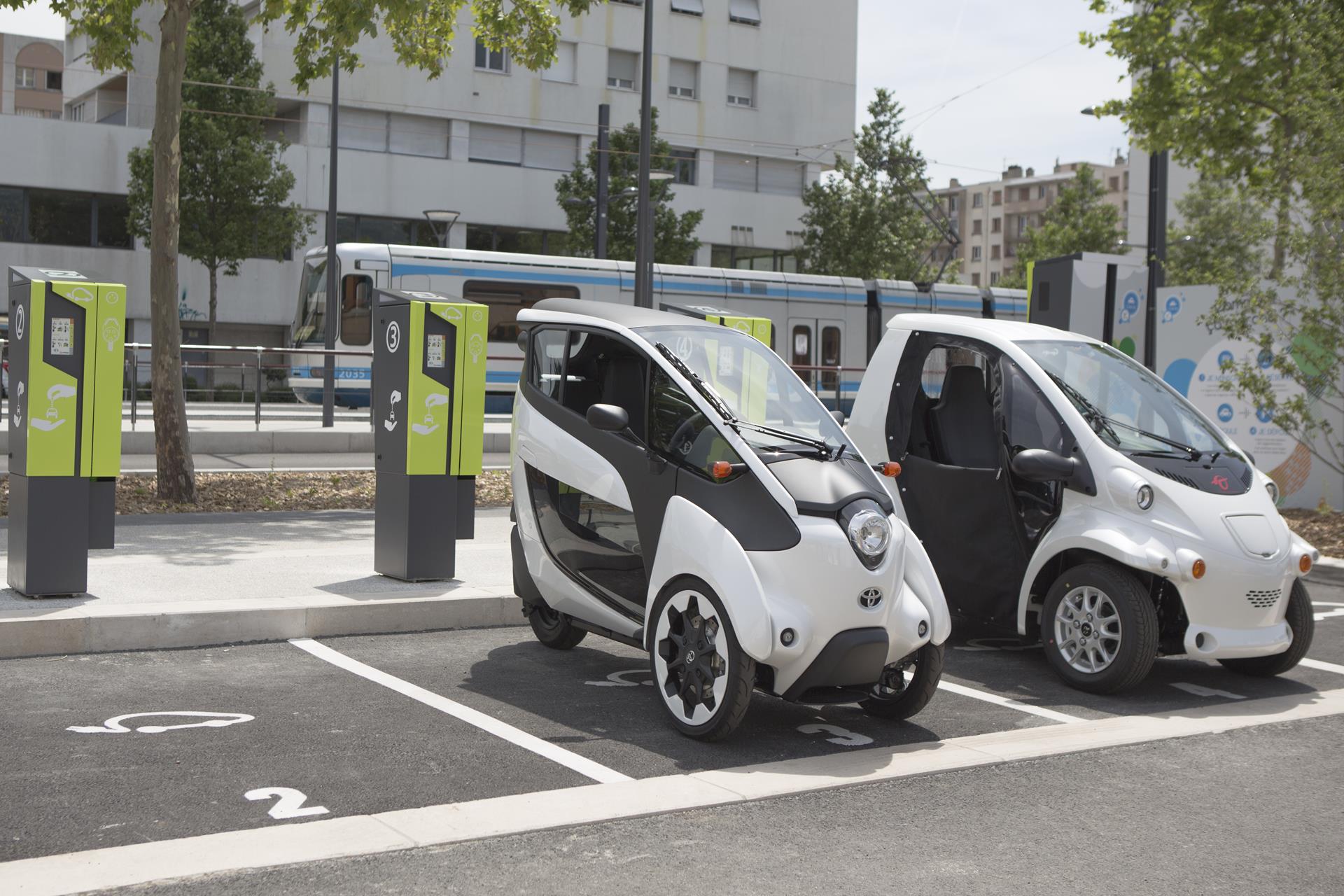 If I’m ever in Grenoble I’ll definitely take advantage of this car-sharing program. Citélib by Ha:Mo will be operational for a three-year testing period, and if all goes well, this could be something we start to see in cities around the world before the end of the decade. Watch the video below to see Ha:Mo in action!