Guys, We Won’t See the Toyota C-HR Until Next Spring

There has been a fair amount of talk about Toyota’s forthcoming compact crossover, the all-new C-HR, especially following the news that Toyota is discontinuing the Scion brand. Originally, Toyota introduced its C-HR model as a concept model at the Paris Motor Show in October of 2014. In that same month, it became clear that Toyota would move to produce the C-HR for real. Nearly a year later, we got confirmation that a production model was being worked on and that it would debut at the Geneva Motor Show in 2016.

But then something weird happened. Toyota took the C-HR Concept to LA in November of last year—as a Scion model. The move made sense, since Toyota wants to market the C-HR to what it calls “yuccies” (young urban creatives, also known as entitled hipster trust fund youths who like kale and don’t own razors), and Scion is a brand that was supposed to exist specifically to appeal to a younger generation of car buyers. (That didn’t really pan out, as the average age of a Scion customer ended up at 49…)

Speaking of not panning out, neither did the plan to produce the C-HR as a Scion. You know, since Toyota decided to nix the brand all together. So instead, the C-HR production model debuted as a Toyota as originally planned in Geneva earlier this month.

So it’s fair to say that the wait for the production model, originally introduced as a concept back in the fall of 2014, has been long enough. So naturally we’re going to see the C-HR at the New York International Auto Show tomorrow, right? Wrong. Instead, Toyota promises that we’ll see the production model on American soil sometime later this year. My guess is in Los Angeles in November.

That means we won’t be getting a production version of the C-HR until next spring, as a 2018 model. And while I understand that these things take time, it is a little disappointing that we’ve still got another year while Europe gets its hands on the Prius-based crossover this year. Elon Musk did once say, “Patience is a virtue, and I’m learning patience. It’s a tough lesson.”

But what the heck does Elon Musk know anyway? Bring on the C-HR now, dammit! 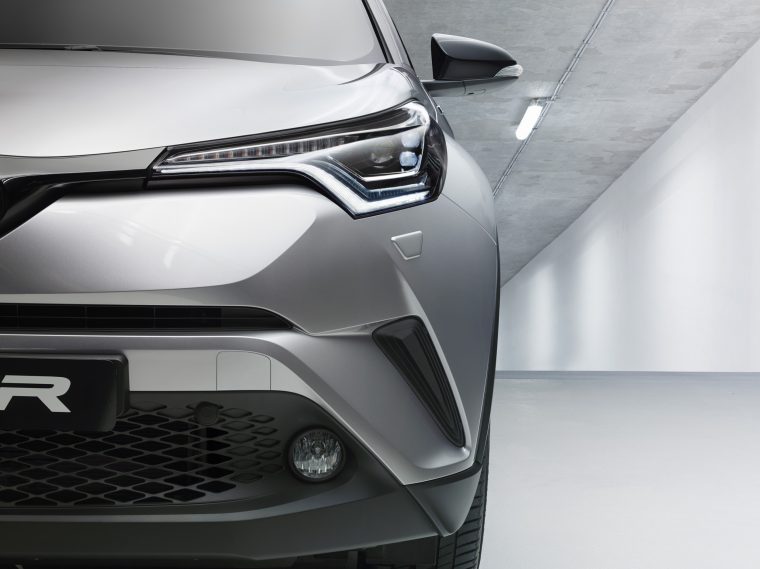