Here’s a Pittsburgh Steelers Lineman Sitting on a Chevy Malibu 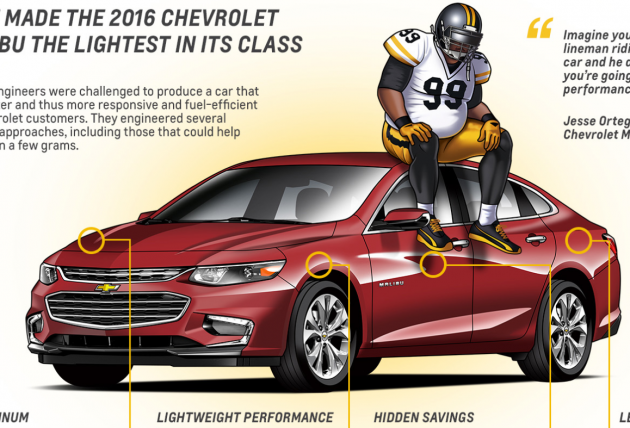 The anonymous lineman (technically, they never even specify that he’s a Steeler, but those are clearly Pittsburgh’s colors and uniform design) is pictured in an infographic (below) about the all-new Malibu. It’s all part of an analogy for how making the 2016 Malibu 300 pounds lighter than the 2015 model—earning it the segment’s lightest curb weight—has improved the car’s mileage, ride, and handling.

“Imagine you’ve got a 300-pound lineman riding on the roof of your car and he decides to jump off – you’re going to notice a change in performance immediately,” said Jesse Ortega, chief engineer and head metaphor-maker. “That’s what we’ve done with the 2016 Malibu, with the mass savings spread throughout the vehicle, providing greater overall balance, a more responsive and agile driving experience and lower fuel consumption.” 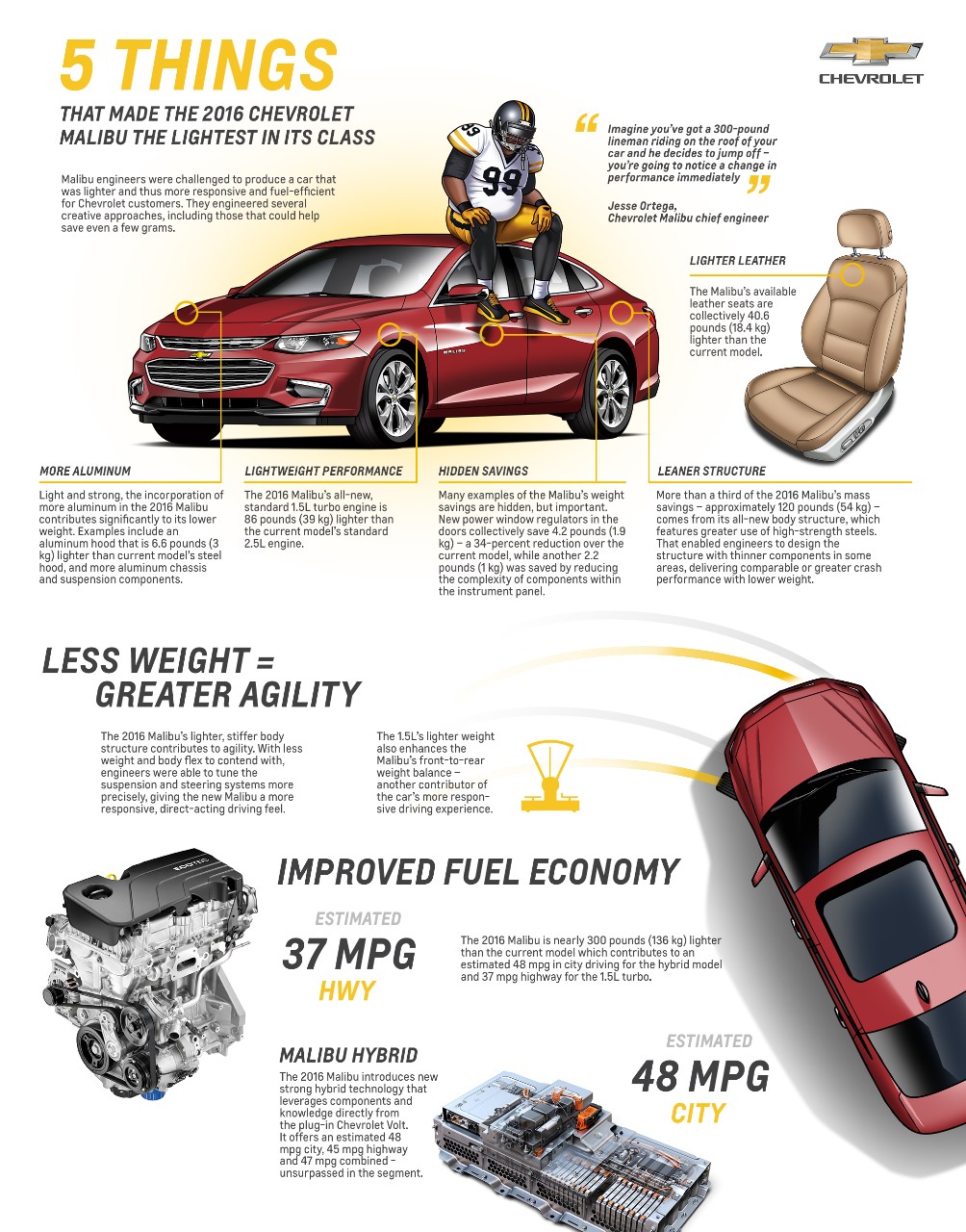 “The Malibu team was challenged to look for weight savings in every area of the vehicle, no matter how small, because every gram adds up,” said Ortega. “The aim was to make Malibu the most mass-efficient car in its class.”

The Malibu’s mass reduction was accomplished in a variety of places—a leaner, stronger body structure dropped 120 pounds from the new model’s weight, a new aluminum hood saved 6.6 pounds, lighter leather seats slimmed it down by 40.6 pounds, and a streamlined instrument panel assembly and lighter power accessories shaved a few more extra ounces off the midsize sedan.

The powertrain also went on a diet, with the standard 2.5-liter engine being replaced with a new 1.5-liter motor that’s 86 pounds lighter. Chevy says the new engine provides comparable performance, but improves the Malibu’s highway mileage to 37 mpg.

The 2016 Chevy Malibu goes on sale in the fourth quarter of 2015. If you buy one but then miss the feel of the old model, you could always ask Brett Keisel to sit on yours while you drive.