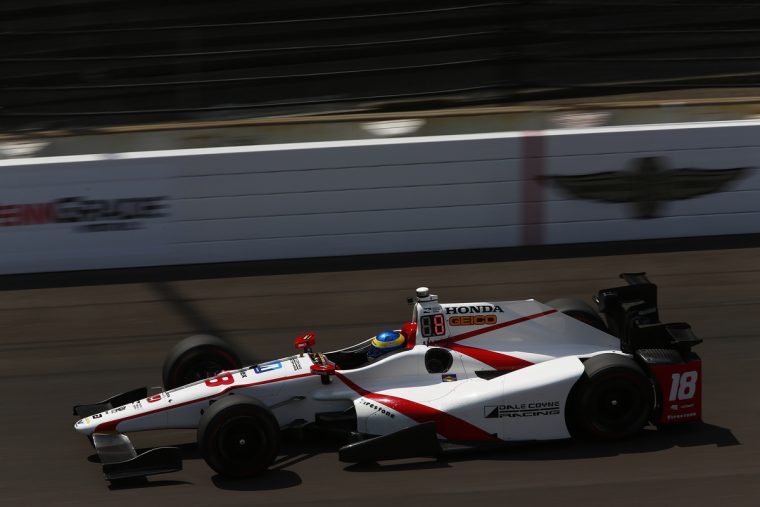 The aptly named “Fast Friday” took place at Indianapolis Motor Speedway this, uh, Friday, and the racecars that took to the track were, well, pretty fast. That’s especially true of Honda drivers, who dominated the speed chart in the final day of Indy 500 practice before qualifying begins on Saturday.

With turbocharger boost turned up to the higher, qualifying levels, Honda drivers claimed the top four speeds after five days of practice. Led by Dale Coyne Racing’s Sebastien Bourdais, Honda drivers and teams also claimed 11 of the top 12 positions on “Fast Friday,” in spite of a two-and-a-half hour delay caused by mid-afternoon rain.

“Yeah, there’s never a bad day when you’re at the front,” Bourdais said of being the fastest driver in Indianapolis 500 practice. “Definitely happy with the way things turned out for us this week. The car felt good. We tried a couple of [changes] and finished the session really happy with the speed and the car balance. Hopefully, it stays that way.

“Indianapolis is a tricky place. When you get any sense of consistency through different conditions – sunny, shade, different track temps, humidity, wind – it always gives you confidence. You never know what’s going to come at you the next day. I think tomorrow’s [qualifying] is going to be another example of that. We’ll just hopefully be able to deal with those conditions very well and, you know, make it happen when it matters, ’cause this is obviously awesome.”