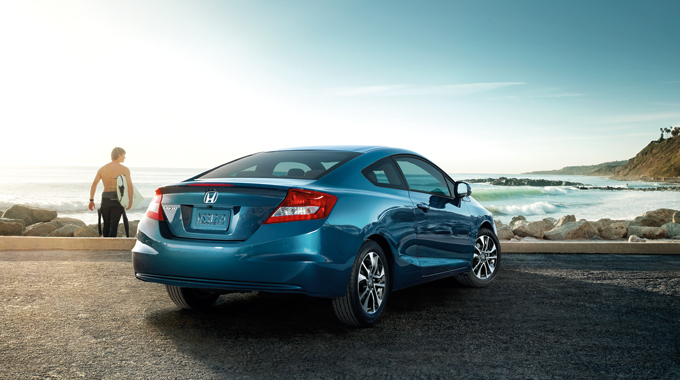 The Honda Civic Coupe was introduced in 1972, at the same time as the regular four-door sedan, as an alternative option for those consumers looking for a practical, yet sporty car. Since its introduction, the Civic Coupe has continually helped the Civic become one of the most popular cars in the industry, taking a significant spot in Honda’s lineup.

In 1972, when the Honda Civic was first introduced, it was available only in the sedan and coupe body-styles, though a three-door hatchback was to come. Until the 1990s, the Civic family was the one of the only cars that Honda offered in North America, along with the Accord and Prelude, giving it plenty of time to build its reputation as the lead nameplate in the Japanese carmaker’s lineup. With multiple redesigns and fresh mid-cycle changes, the Civic Coupe now enters its ninth generation more popular than ever.

While the first generation only lasted until 1979, offering basic features with optional air conditioning and AM/FM radio, the current ninth-generation Civic Coupe offers a significantly larger amount of standard features across four different trim levels—LX, EX, EX-L, and EX-L Navi. With a variety of powertrains offered, the coupe is the first Honda car to offer Eco Assist technology in North America, setting a standard for future Hondas.