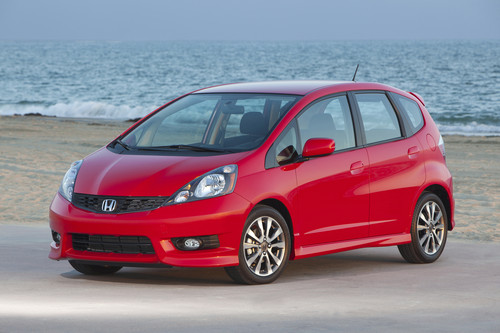 The Honda Fit was first introduced to the industry in 2001, right when the industry was making a move towards producing more compact cars. Since its introduction, the Fit has established itself as a top car in Honda’s lineup, offering both a low fuel economy and price tag.

The Fit is a subcompact car that began production in June 2001 at six different Honda assembly plants: Suzuka, Japan; Sumaré, Brazil; Guangzhou, China; Ayutthaya, Thailand; Karawang, Indonesia; and Laguna, Philippines. It was officially introduced to the North American market on January 8, 2006 at the North American International Auto Show in Detroit. In Asian and European markets, the Fit replaced the Honda Logo in the brand’s lineup.

When the Fit was first introduced, it had two trim levels, Base and Sport, with a single engine option. Now, even though it still offers only the two trim levels, the powertrain options have expanded to include a hybrid powertrain, though this option is not available in the U.S., and an all-electric car variant sold in select markets.