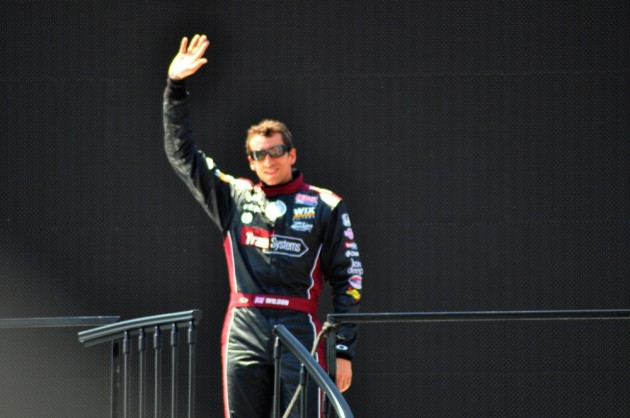 After being struck in the head by flying debris during Sunday’s Verizon IndyCar Series race at Pocono, driver Justin Wilson died from his injuries on Monday. Having been taken to Lehigh Valley Health Network Cedar Crest Hospital in Allentown, Pennsylvania, Wilson passed away while hospitalized with a coma.

Wilson was 37 years old, and he is survived by his wife Julia and daughters Jane, 7, and Jessica, 5.

To say that we are heartbroken over the loss of Justin Wilson would create the false impression that our pain is localized. At a time earlier in the season, when we were in a continuing struggle to remain competitive in the Verizon IndyCar Series, Justin was the guy who WANTED to be with Honda, and he demonstrated that time and again. That allows you to take the measure of the man, and we will be forever grateful for his loyalty, and the gracious and gentlemanly way he represented our company, on and off the race track.

He was our friend, and our comrade. All of our thoughts and prayers are for his wife, Julia, daughters Jane and Jessica; his parents Keith and Lynne; his brother Stefan; and his many friends around the world.

“This is a monumentally sad day for IndyCar and the motorsports community as a whole,” said Miles. “Justin’s elite ability to drive a race car was matched by his unwavering kindness, character and humility — which is what made him one of the most respected members of the paddock. As we know, the racing industry is one big family, and our efforts moving forward will be focused on rallying around Justin’s family to ensure they get the support they need during this unbelievably difficult time.”

Although he took no questions at the press conference, Miles did say that the accident would be addressed in the coming days, and that IndyCar would be taking steps to prevent such tragedies in the future.

Wilson’s family also released a statement, calling Justin “a  loving father and devoted husband, as well as a highly competitive racing driver who was respected by his peers.”

The family has asked that in lieu of flowers, donations be made to the Wilson Children’s Fund. For more information on donating to Justin’s charity, click here.