Hyundai Patent Raises the Roof (and Doors) on RV Campers 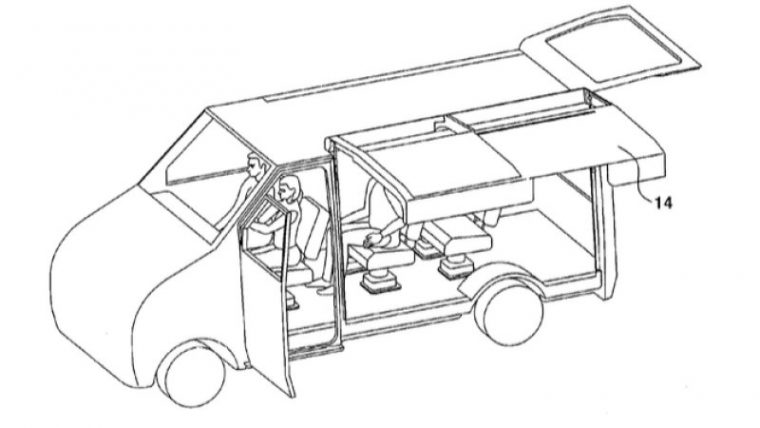 Hyundai isn’t known for producing recreational vehicles, but with spacious vans like its i800 on the global market, the Korean automaker already has a foot in the…door, so to say.

According to a patent design filed by Hyundai, the automaker is taking the next step toward entering the RV market. The patent (“Gull Wing Door With Slide Door for Vehicle”) features a unique door design that is making headlines in the auto industry.

Essentially, the door can open upward (à la gull-wing) to access the second and third rows of seats; but if there’s a shortage of room around the vehicle, the door can slide to the side for limited access, like a minivan. While this design would be perfect on cargo of passenger vans, the patent design is particularly aimed at RVs.

“Camping has evolved from a level of just sleeping outdoors to include a step of taking a rest outdoors, and therefore, camping equipment has also continuously evolved,” states Hyundai’s application, explaining why the design is suited for RV use.

However, that doesn’t mean the unique door won’t wind up on a production vehicle down the road. The patent can apply to any type of large commercial vehicles or SUVs/trucks, so don’t dismiss the idea yet. Your next family van may have gull-wing doors.