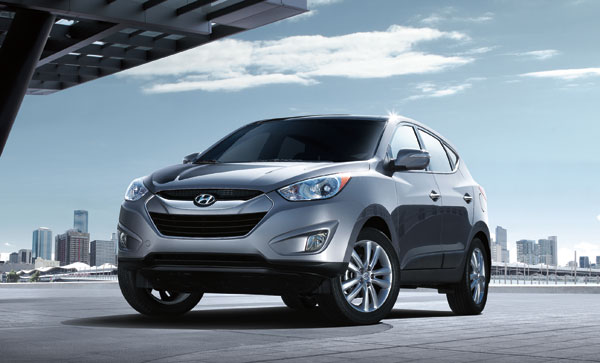 Power can be a key selling point in any car. When you’re ready to go at a red light, waiting for it to turn green, when that blessed moment comes your car should give you a bit more oomph than a golf cart. Currently, the Hyundai Tucson compact crossover tends to putter around, even with the pedal to the metal. The 2014 model year will see a big change in power output though, with the introduction of a new engine.

The Hyundai Tucson new engine is a much-needed change from the 2.0-liter Theta II engine. Called the 2.0-liter Nu engine—which seems like a fancier way to say “new”— the updated powertrain will give the compact crossover more power than ever before, particularly at low to moderate speeds, which is the current engine’s weak point. The 2014 Tucson will be the first Hyundai in the U.S. to get the Nu engine.

With an additional 5 lb-ft of torque compared with the current engine, the Nu engine utilizes direct-injection technology, also known as gasoline direct injection (GDI) at Hyundai, to more efficiently manage the way fuel is injected into the engine’s combustion chambers. This makes the 2014 Tucson only the second car in its segment to offer a direct-injection engine after the 2014 Mazda CX-5.

What do you think of 2014 Honda Tucson’s new powertrain?