I’ve seen a lot projects online meant to make the driving experience easier or more fun just kind of fizzle out into failure. Other projects, however, like the Solar Freakin’ Roadways and the Carpool Deville, have shown great promise, but just needed some funding from the good, old internet to help them along. The latest project that I gladly endorse appears on KickStarter and is called the iceScreen, a magnetic ice shield for car windshields.

Driving 101: Attention to Detail, Keeping Your Engine Clean As New 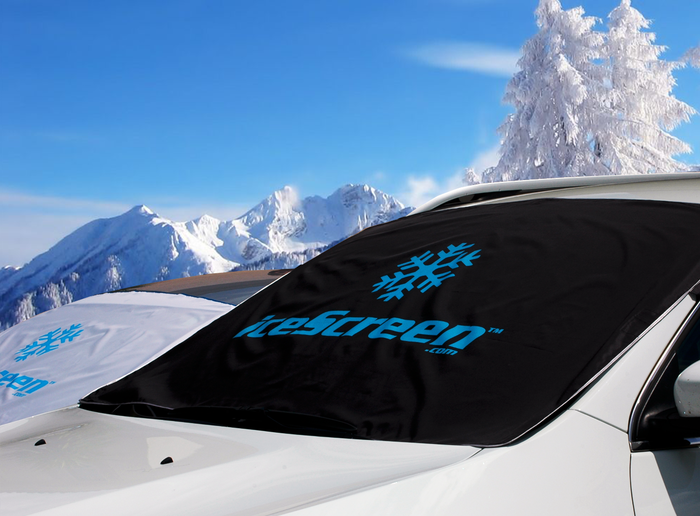 This thing is freakin’ genius, to steal the lingo of the solar roadways. The project began a couple years ago when friends, Andy and Dan, made the first iceScreen covers in Andy’s dining room in an effort to prevent the laborious (and freezing) task of scraping ice from the windshield on cold mornings. Eventually, friends, family, and neighbors began to beg for them, until Andy and Dan decided to go professional with the project and develop it into something extraordinary.

The iceScreen shield uses seven quality magnets to stay on your windshield all through the night but also features flaps to lock into your car doors, so that extreme winds—or vagabond thieves with a need for windshield protection—don’t take off with it. The shield protects against ice, snow, and frost, using a double waterproof coat. (The video also says it protects against bird droppings, but we’re not really sure how you then remove the bird droppings from the iceScreen…)

The product also doubles as a sunshield in the summer. Just flip it over, and the shield is reflective, keeping your car cool in the blistering heat. Being based in Ohio, the other editors and I can appreciate the versatility. The shield is its own self-storage pouch and comes with a five-year warranty. The standard edition is available for trucks, vans, SUVs, sedans, and more, while the deluxe and limited editions are not yet suitable for pickups.

It also fights the sun.

Driving 101: Choosing the Right Used Car for Your Teen

The guys have more than reached their goal on KickStarter, but there are such cool rewards involved that it pays to invest now—and if you pick the right stuff, you could even get it before Christmas to make for some awesome presents. In fact, they raised so much that they reached their deluxe stretch goal and are now offering the iceScreen in three special, voter-chosen colors: Blueberry, Greenbay, and Bumblebee. 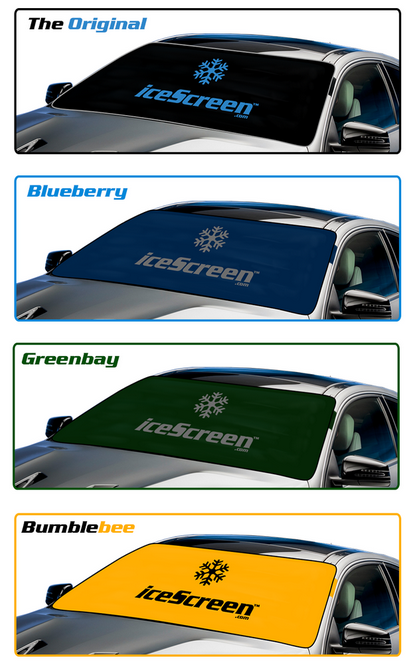 All the available colors for the iceScreen.

And don’t forget the kick-ass Mirror Mittz, meant to protect the mirrors from getting iced over as well. There was no indication, however, that anything for the side windows or rear window was in development.

Go get your mitts on these cool products now on the KickStarter page!