Infiniti to Unveil Formula One Inspired Concept Car at NAIAS 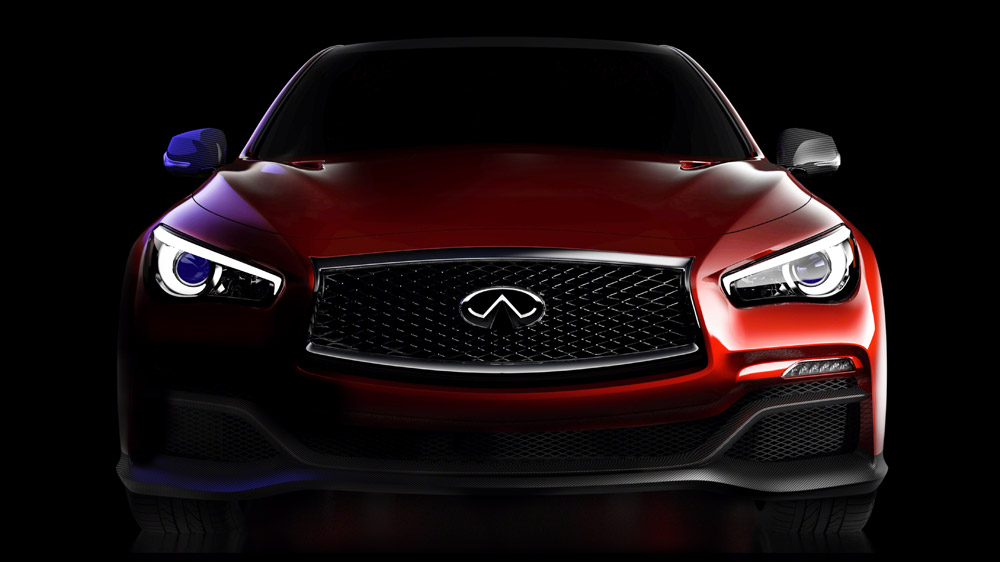 The Los Angeles Auto Show ended just over a week ago, and already we’re pining for the reveals at the Detroit Auto Show in early January (What can we say? We’re gluttons for car unveilings). While there will be a lot to look out for at January’s show (also known as the North American International Auto Show, or NIAIS if you’re running short on ink), one specific model unveiling to especially gear up for is Infiniti’s Formula One inspired concept car, which will be based on the ever-popular Q50 premium sports sedan.
Given Infiniti’s all-star performance in Formula One races over the last few years, we have reason to believe this concept, dubbed the “Q50 Eau Rouge,” will be one heck of a high-octane, power-punching, fire-breathing concept car (Okay, okay, probably not fire-breathing, but let’s not rule anything out just yet).

Named after the infamous corner of the Spa-Francorchamps Formula One track, this Formula One inspired concept car is promised to deliver the latest in road car technology, blended with a “thoroughbred motorsport vision,” according to Infiniti’s press release. The corner after which the Q50 Eau Rouge is named is notorious in the world of racing for the challenge it presents racers. According to Infiniti, the corner requires, “extraordinary strength, courage, and commitment; it has seen some of the most incredible driving feats in Formula One history.” It is only natural that the Infiniti concept would boldly bear its name.

Infiniti Red Bull Racing, well-known and repeat Formula One world champion, had an influence in the design of the concept car. Fans will notice the team’s distinctive design elements in the Eau Rouge, paired with aerodynamic styling treatments that aren’t foreign to the Infiniti racing team.

“Performance is a key pillar of Infiniti’s DNA, and this car expresses a deepened design interpretation of that. The Q50, with an abundance of technologies, provides a great basis for an extreme performance version, embodied in the design of Q50 Eau Rouge,” commented Alfonso Albaisa, Infiniti’s Executive Design Director.

The Formula One inspired concept car will bow in January in Detroit.