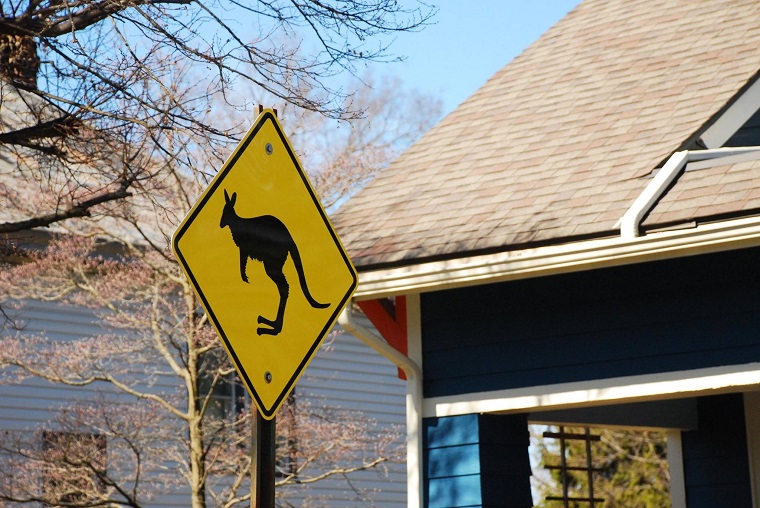 Residents of a neighborhood in Columbus, Ohio, were united in outrage after the city took down this kangaroo crossing sign
Photo: Friends of the Clintonville Kangaroo Killer

Barring an escape at the Columbus Zoo, drivers in Ohio’s capital city face microscopic odds of ever colliding with a kangaroo. But, as city officials are finding out, residents of one north Columbus neighborhood still take their kangaroo crossing sign very seriously.

Until a few weeks ago, you could drive down Clinton Heights Avenue in the Clintonville neighborhood and spot a yellow diamond-shaped street sign portraying the silhouette of a kangaroo. On March 12, though, city workers removed the sign — and outraged the neighborhood.

Leasing Advice: Mistakes to avoid when leasing a car 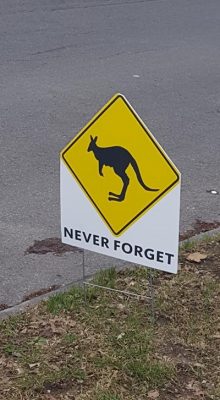 Oddly enough, the story began back in 2014 when the city didn’t take a sign down. After a nearby construction project ended, Jared Laughbaum got tired of seeing the “Construction entrance ahead” that remained in front of his house despite repeated calls to the city. So he replaced it with a kangaroo crossing sign he’d bought.

Neighborhood residents were amused by the sign, and it gradually became a local landmark. Nobody knew who’d put it up, though, and earlier this month someone asked local public radio station WOSU to find out where the sign came from.

WOSU called the city to get more information on the sign. The Department of Public Service looked into it, discovered the sign was unauthorized, and had it taken down.

In response, the Clintonville neighborhood rose up in outrage. But despite a flood of calls to the city, a GoFundMe campaign, a Change.org petition, and a bunch of “Never Forget” yard signs, it looks like the sign won’t be returning to its former spot.

Laughbaum was able to get his sign back from the city, though. City ordinances will keep it out of public right-of-ways, but there are other options that could keep it in the neighborhood: for example, placing it in Laughbaum’s yard, or setting it up at a local park or school.

So, if you ever find yourself driving on the north side of Columbus, you still might get a chance to see the quirky road sign that united a neighborhood.