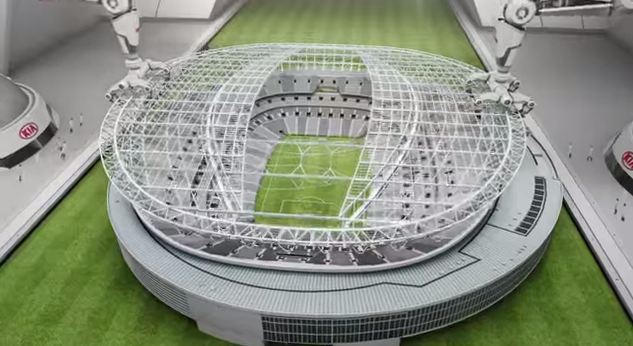 The 2014 FIFA World Cup Brazil™ is almost here; we’re just about three weeks out. To prepare for this year’s World Cup, for which Kia is the official partner, the Korean automaker released an all-new commercial (video below) that symbolizes the preparations that have been taking place for all the festivities.

According to Kia, the inspiration for the commercial came from its own assembly lines. The common sight of robotic arms that help to manufacture cars finds its way into the ad, but instead of all new Kias, the robots are assembling the World Cup stadium and even placing the players down on the field. 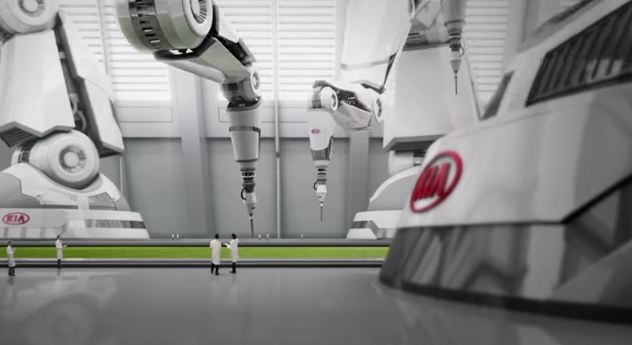 And, of course, because it is a car commercial after all, the ad features the all-new Kia Sportage at the tail end, along with the tagline, “Kia: the power to surprise.” 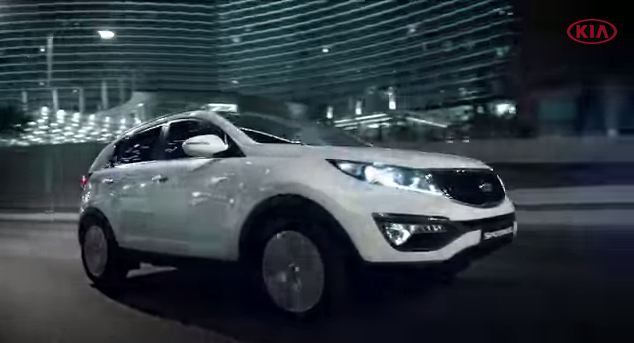 Check out the all-new Kia 2014 FIFA World Cup Brazil commercial for yourself below: