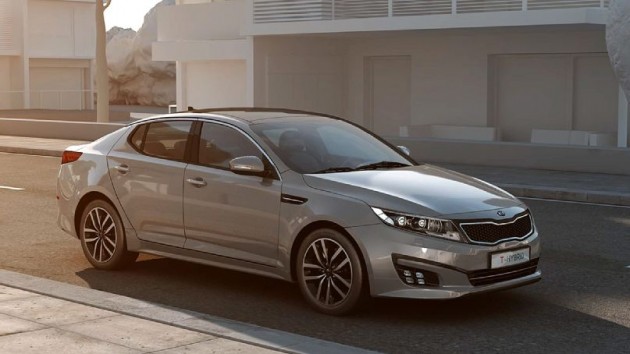 This week the Paris Auto Show will see the debut of a Kia Optima T-Hybrid concept, which pairs a European Optima’s turbodiesel engine with a new mild-hybrid system from Kia.

The all-new powertrain features a 1.7-liter CRDi turbo-diesel engine, a 48V lead-carbon battery, an electric supercharger, and a small electric motor. Kia says they chose lead-carbon batteries because of the fact that, unlike more common lithium-ion batteries, they require no cooling and are more easily recyclable.

At low speeds, the Kia Optima T-Hybrid (short for turbo-hybrid) is powered by the electric motor, but as the vehicle accelerates, the efficient turbo-diesel engine takes over. Diesel engines, obviously, burn less fuel than gasoline engines – especially during highway driving. Although no official estimates have been released, Automobile Magazine reported that engineers expect the car to be 15-20 percent more efficient than the current diesel Optima, which yields 39.3 mpg combined. That would put the Kia Optima T-Hybrid at around 50 mpg, or comparable to the Toyota Prius. 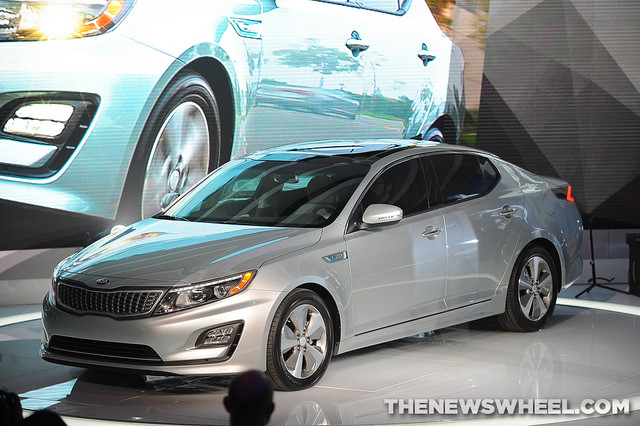 As of now, there are no plans for mass production of the Kia Optima T-Hybrid concept, but the car’s T-Hybrid powertrain is still being considered as an option for future Kia models.

“In future, our mild hybrid powertrain could offer Kia customers greater performance and lower running costs, without sacrificing the qualities they expect of a Kia car – enjoyable handling, a comfortable ride and high quality,” commented Michael Cole, Chief Operating Officer for Kia Motors Europe. (And apparently in Europe they say “In future” instead of “In the future.” At least that’s what our resident Brit Cat Hiles says, at least). “Demonstrated for the first time in the Optima T-Hybrid, the technology will lower the total cost of ownership of our cars, yet still keep them affordable as an outright purchase for customers.”

“The new mild hybrid system is our flagship technology for improving the efficiency of our internal combustion-powered models,” Cole added. “In future, technology such as this will help Kia further reduce fleet emissions in Europe.”