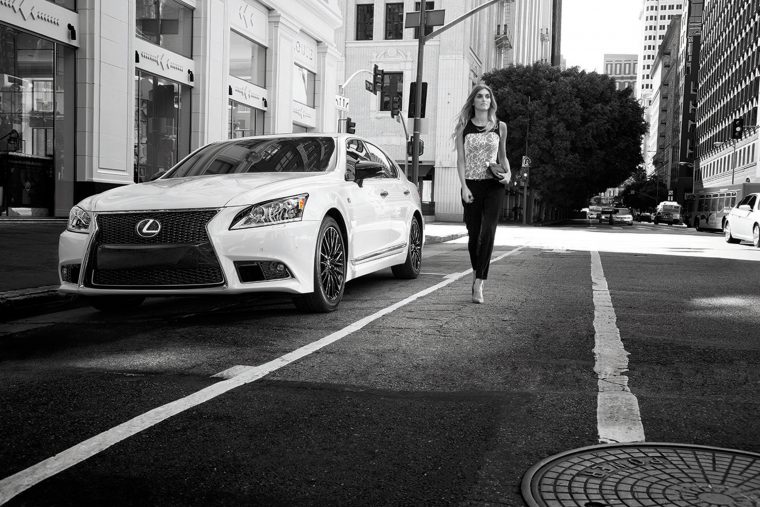 Poor automakers. Once upon a time, they were able to thinly disguise new models and take them out on barely-used roads to chart performance and test out new technologies. Then, when the car was ready, it could be unveiled at a major auto show with all the fanfare pomp its piles of research money deserves.

Now that everyone is a photographer with their smartphones, there is nowhere on public roads for automakers to hide. Even preliminary photo shoots can be spied upon, ruining the whole surprise. This was true for Lexus this week, as it trekked into the desert to test the latest incarnation of its flagship model, the Lexus LS sedan. The testers were caught by spy photographers, but the automaker was prepared.

The #Lexus LS sedan has been spotted testing in the desert with a new look: https://t.co/U3bA2cdF6j pic.twitter.com/Xwxtg8LvHn

Camouflage stickers for prototypes make them harder to photograph, but they aren’t perfect. To be safe, Lexus loaded up its new car with padding as well. These pads make it almost impossible to actually see the final shape and contour of the Lexus LS’s body. They even added fins to the back of the car to disguise its new trunk shape. AutoBlog points out that it also makes the car look like a retro vehicle from the 1950s.

We can kind of tell that the Lexus LS has the general shape of the other newly refreshed Lexus models, which isn’t really that much of a scoop. According to the spy and AutoBlog, the new Lexus LS is being prepared for the 2018 model year, which means that we shouldn’t have much longer to wait to see the whole car.