Listen to the Beautiful Music of a Dodge Hellcat Without Mufflers 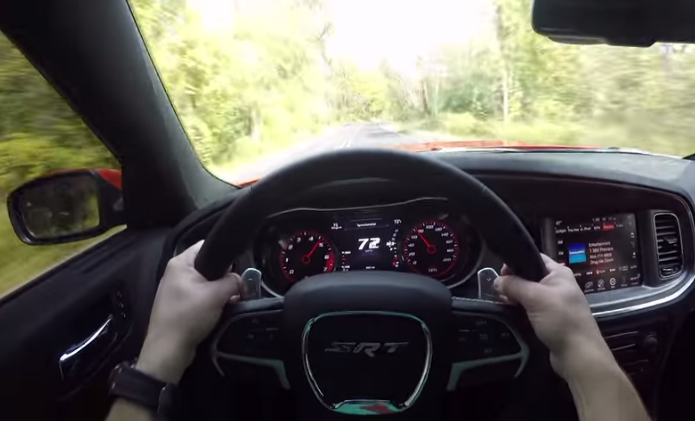 This Dodge Hellcat rumbles like none other, thanks to its lack of muffler

There are few sounds in this world as beautiful as a big, beefy engine—and there are few stock engines out there quite as beefy as the 6.2-liter HEMI V8 that powers the Dodge Charger Hellcat.

If you’re one of the many gear heads who knows how to truly appreciate the sound of a powerful engine, then hold on to your knickers. We’ve got a treat for you.

One genius power-lover opted to give his Dodge Hellcat a major bump in loudness, deleting a muffler or two from the muscle car’s setup. The result? An engine that not only churns out 707 horsepower and 650 lb-ft of torque, but also wakes the dead.

Listen to the beauty that is an un-muffled Hellcat:

Add Some Tech to Your Power: The Dodge Charger Pursuit now has some huge touchscreens

We doubt this driver’s neighbors will be able to sleep ever again.

The second the driver steps on the gas, you can tell the car is practically vibrating with the Hellcat’s roar—as if it wasn’t loud enough already. Luckily, the driver kept the final muffler in, only removing the mid ones. If he hadn’t, we’re pretty sure everyone listening to this video—and the driver himself—would be deaf.

For those of you who want to bottle up this beautiful sound and keep it in your pocket, you’re in luck—Dodge released a ringtone that sounds exactly like the Dodge Hellcat engine.