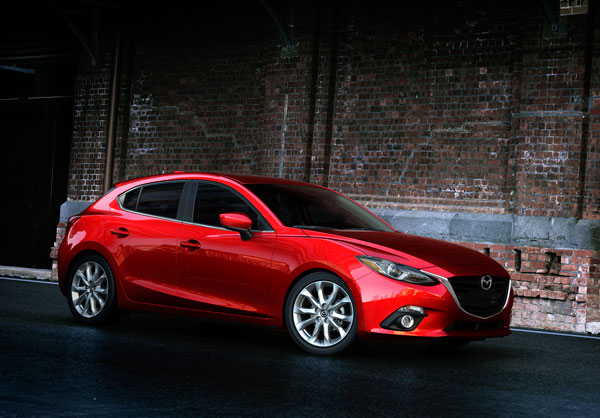 The 2014 Mazda3 comes out of cover and into the limelight.

The first ad has surfaced for the all-new 2014 Mazda3, giving drivers some of their first glimpses at what the sleek hatchback looks like in motion.

Banking hard turns and zooming through a course that looks to have been pulled straight from the 1988 anime masterpiece Akira, the hatchback version of the Mazda3 looks stylish, powerful, and appropriately high-tech.

Mazda recently livestreamed the announcement of the fully-redesigned Mazda3 on Xbox Live as part of a celebration commemorating the model’s 10th anniversary, and has been fully utilizing social media in an effort to raise brand awareness, including Twitter’s capacity for trend-making with the #GameChanger hashtag.

The design of the Mazda3 is owed to the Kodo design language.  Kodo, which translates roughly to “soul of motion,” is the automaker’s means to “…express motion with forceful vitality and speed…,” as well as the elements of tension and allure.  If the earliest looks at the 2014 Mazda3 are any indicator, it’s a message well-taken.

To create the synthesis of magnetism, performance, and tech-savvy that Mazda is looking for with the Mazda3, they’ve employed features including SkyActiv tech, Aha infotainment, and the new Driver Oriented Cockpit design, aimed at making the driver feel as though they are truly at the helm of a ship and complimenting the luxuriously redesigned interior.

While more details are sure to emerge as the 2014 Mazda3 nears its street date, the morsels thus far provided are enough to promise a sumptuous main course.