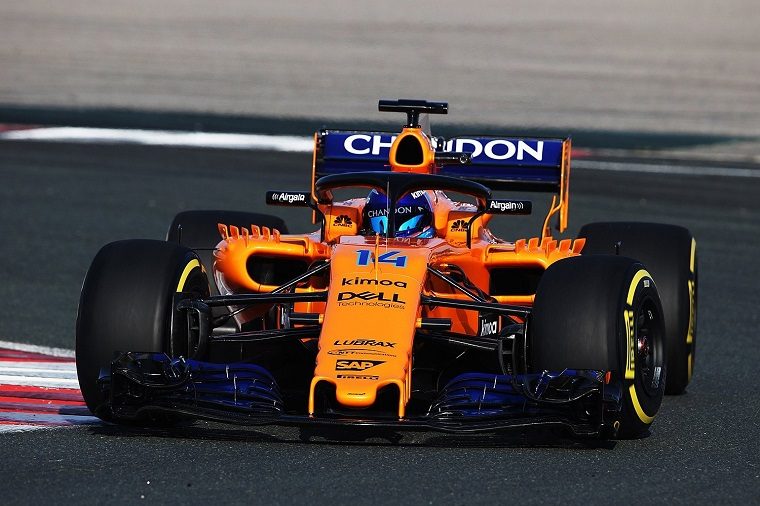 Team colors and car liveries tend not to change very much year after year. It’s reasonable to guess that the next Ferrari Formula One car will be red, the next Mercedes will be grey, the next Renault will be yellow, and the next Williams will be white. But what about the next McLaren?

When Bruce McLaren founded his racing organization, the original color was orange. For a long time, however, McLaren’s colors in Formula 1 were black and grey, with a hint of red. More recently, the McLaren-Honda was almost entirely dark grey until last year, when orange made a comeback. But now that McLaren made a big change—switching from Honda engines to Renault—it was another opportunity for a redesign…and we got one.

The new McLaren is still orange…but it is now the “proper,” original Papaya Spark, and there’s a whole lot more of it. While the 2017 car featured at least as much black, this one is almost entirely orange, reminiscent of the one-off McLaren that Alonso drove in the Indy 500 last year.

And of course, this being Formula 1, one of the paint’s properties isn’t just to look good. “The MCL33’s eye-catching primary colour, Papaya Spark, and secondary colours, Burton Blue and Cerulean Blue, were each developed in collaboration with McLaren partner AkzoNobel,” says McLaren in its press release. “The innovative coating systems supplied by the company have enabled the team to significantly reduce the total weight of paint and decrease paint processing time by more than 50%.”

With images of the Toro Rosso leaked yesterday, that leaves only the new Force India car to be revealed before pre-season testing begins.