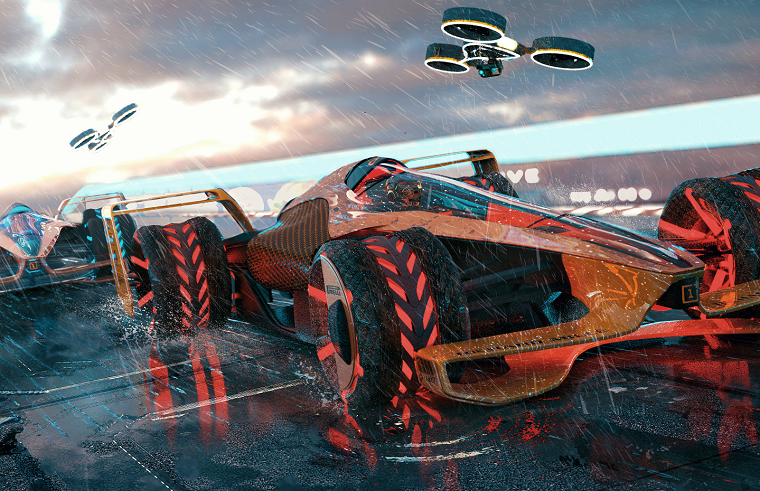 McLaren has unveiled a new car concept called the MCLExtreme, a 310-mph electric car that shows how grand prix racing could look in 2050.

Similar concepts appear from time to time, such as the Red Bull X2010 and McLaren MP4-X, but none quite as radical and innovative as the MCLExtreme.

Developed by McLaren Applied Technologies, the sister organization to the McLaren F1 Team, the concept would feature shapeshifting aerodynamic bodywork, self-repairing tires and an onboard AI copilot.

The manufacturer spoke to fans and evaluated international policy on vehicle electrification and emission targets to determine how motorsport technology is likely to change in the future. It came to the conclusion that by 2050, grand prix racing would be all-electric, and that this could come with a number of interesting features.

Drive a McLaren: These aren’t concepts, but they’re still extreme

“Charging technology may even become a DRS-replacement,” McLaren wrote. “Within a defined window, the car may be able to steal energy from the one ahead, keeping fans on the edge of their seats.”

McLaren also believes motorsports has great promise as a platform for developing AI, “just as it has for simulation, big data and material science.” In a racing setting, AI could provide real-time strategy and take into account the driver’s emotional state to provide better feedback.

McLaren also had a few ideas about what the racetracks could look like in 2050. It envisioned circuits with transparent roof facilities, weather-adapting abilities, huge sidewinding banks, pit lanes that can inductively charge the cars as they drive through, and special “black-out zones” to prevent AI assistance and communication.

New to You: What are the best used luxury cars?