Mercedes Stuns the Crowd in Detroit with its Redesigned GLA SUV 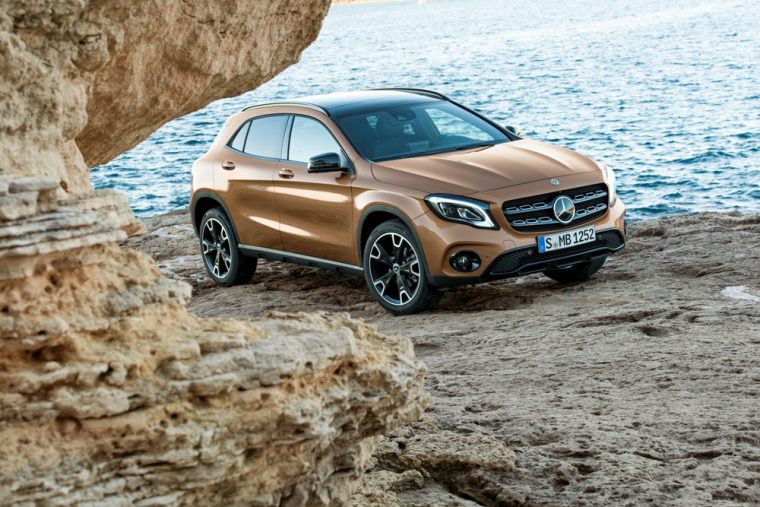 It was only three years ago when Mercedes launched its GLA crossover at the Detroit Auto Show and now the German carmaker has returned with a new version of the vehicle. 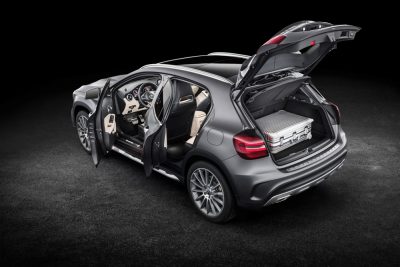 The most noticeable update to the new GLA can be seen on its front fascia. The bumper has been redesigned and the xexon headlamps that are standard on the current model have been replaced by new LED headlights. In addition, these LEDs consume approximately 60% less energy than the lights they are replacing.

Other new features offered with the 2018 GLA include an off-road comfort suspension, a 360-degree camera, and the new “Canyon Beige” color option. On the inside, the redesigned GLA gets new seat covers and shiny chrome trim, as well as new gauges with red needles.

While the design of the GLA has been thoroughly updated, the powertrain carries over relatively unchanged. The standard engine is a 2.0-liter four-cylinder that’s good for 208 horsepower and 258 lb-ft of torque. What’s more, the range-topping AMG GLA 45 features a 2.0-liter turbocharged four-cylinder that pumps out 375 horsepower and 350 lb-ft of torque, allowing the machine to rocket from 0 to 60 mph in just 4.3 seconds. Both engines come paired with a seven-speed dual-clutch transmission.

Optional for the 2018 GLA is a Night package, which adds black exhaust tips, black roof rails, black exterior mirrors, and 19-inch AMG wheels. These features work together to create a more aggressive appearance for the crossover.

People in the United States looking to buy the 2018 GLA will have to wait the summer months as that’s when it’s scheduled to be released stateside.