Mazda Will Run Miata in the 24 Hours Nurburgring 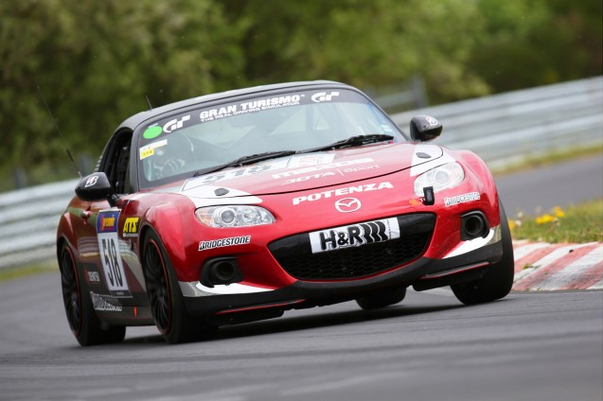 Thanks to the partnership between Mazda Motor Corporation and JOTA Sport, there will be a Mazda MX-5 Miata in the 24 Hours Nurburgring endurance race this year. The entry of a Miata in this year’s race, which takes place June 21-22 at the Green Hell, will be part of the 25th anniversary commemoration for Mazda’s sporty roadster.

The four-driver team that will pilot the Miata in the 24 Hours Nurburgring race includes Stefan Johansson, who has driven for Mazdaspeed at 24 Hours of Le Mans; Wolfgang Kauffman, who is particularly comfortable at the ‘Ring with several victories and top-ten finishes under his belt;  Owen Mildenhall, a journalist-cum-Miata-racing-driver; and Teruaki Kato, who won Japan’s Roadster Party Race.

The Miata in the 24 Hours Nurburgring race will be an NC soft-top with only minor safety upgrades. It will compete in the V3 class against other production-spec cars powered by 2.0-liter naturally-aspirated engines.

The Miata’s 25th anniversary celebration is already well underway after April’s New York Auto Show boasted a bevy of MX-5 models from generations past, the SKYACTIV chassis that will support the next-gen 2016 model, and the limited-to-100 25th Anniversary Edition model which is available for pre-order until tomorrow.