Autonomous cars are coming, and when they do, the roads will be a safer place. Until then, though, many carmakers are focusing on making sure human drivers stay safe—and Mitsubishi is no exception. 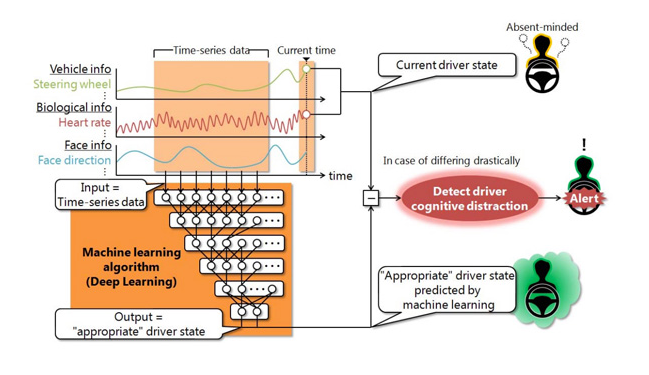 The Japanese company’s new technology uses machine learning algorithms to help analyze vehicle data, including speed and steering. It combines this data with an analysis of driver’s heart rate and the orientation of his or her head to predict possible actions. The innovative detection tech compares the data it collects with the driver’s “normal driving” data, determining whether the driver can potentially be reckless.

With this ground-breaking system, Mitsubishi can cut driver prediction errors by 66% compared to its previous version of the same technology, keeping drivers safer when they are out on the open road. While it’s not exactly a self-driving car, Mitsubishi’s distracted-driving alert system is the most advanced version we’ve seen yet.

The system recently debuted at the Tokyo Motor Show on the Emirai3 xAuto Concept Car. This tech is expected to appear on vehicles as soon as 2019.