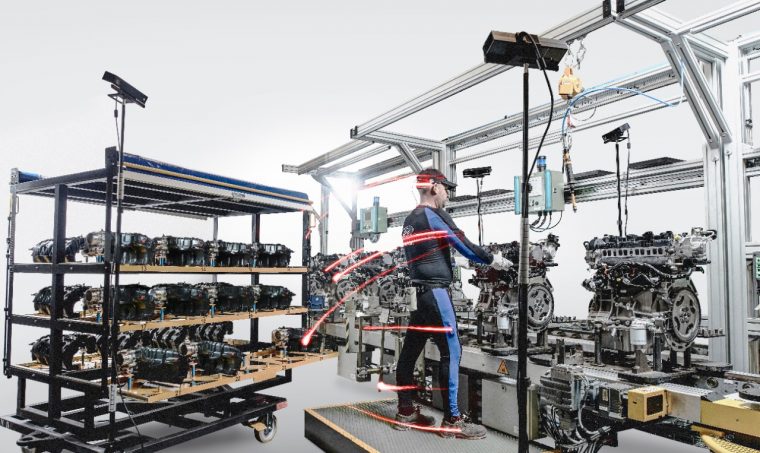 Ford is utilizing new technology at its Valencia Engine Assembly Plant in Spain that will help employees work with reduced physical strain. Body tracking suits similar to those used by professional athletes to perfect their form or to capture realistic motions for video games and films are being worn by approximately 70 employees in 21 work areas of the plant, tracking their motions throughout the workday.

“It’s been proven on the sports field that with motion tracking technology, tiny adjustments to the way you move can have a huge benefit,” said Javier Gisbert, production area manager, Ford Valencia Engine Assembly Plant. “For our employees, changes made to work areas using similar technology can ultimately ensure that, even on a long day, they are able to work comfortably.”

What’s the Difference: How do the Ford F-150 and Super Duty stack up side by side?

Each suit features 15 light sensors that are hooked up to a wireless detection unit. This allows for the worker’s motions to be tracked, paying particular mind to key areas of stress like the neck, shoulders, arms, and legs. A motion-tracking camera takes those movements and replicates them in a 3D model that is then studied by ergonomists for the purposes of improving employee posture.

Because the system has thus far proven successful, Ford is considering a wider rollout of the technology to additional European manufacturing facilities. Ford has taken great pains (pun intended) to cut injuries at its facilities around the globe, reporting in 2015 that it had cut injuries amongst its “industrial athletes” by 70 percent from 2003 through the use of modern technologies.

The Fruits of Ford’s Labor: 2018 Ford SUV lineup is one of the smartest and most capable on the road