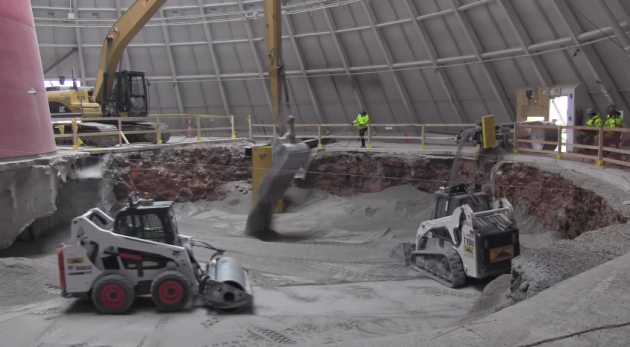 The NCM sinkhole being filled

On February 12, 2014, a sinkhole opened up in the National Corvette Museum’s Skydome, swallowing up eight classic Corvettes. Since then, we’ve been following the long saga of the sinkhole, watching with baited breath as (some) of the damaged Corvettes are repaired, the hole is filled, and NCM announces the construction of the “Thunderdome,” a virtual reality experience that recreates the feel of the sinkhole (seriously).

But when will the Skydome finally reopen? According to the recently released itinerary for the museum’s 21st anniversary celebration, there will be a ribbon cutting ceremony for the redone Skydome on September 3rd at 9:00 am.

Construction crews have been working hard to rebuild the Skydome’s floor to make sure that such a disaster will never again befall the Bowling Green, Kentucky landmark. The fruits of their labor will be revealed for all the world to see in less than a month from now.

The 21st NCM Anniversary is a three-day event, which will also honor 10, 15, and 20-year museum members; allow drivers to run hot laps at the National Corvette Museum Motorsports Park; and provide Corvette information classes to visitors.